Found footage can be traced back a long time, at least to Cannibal Holocaust in 1980. It was The Blair Witch Project that really made the concept popular, especially in the horror genre, yet it took a decade for people to actually start trying to recreate that success. The release of Paranormal Activity in 2009 kicked off a reign of found footage productions that continued for years beyond the film’s release.

Now, studios will often green light a feature of that type solely on the grounds that they will save a ton of money.  Paranormal Activity proved that a horror film could be made for only a few thousand as opposed to a few million. Unfortunately, not every genre production needs to be found footage and the titles we’ll be looking at in this list more than prove that.

Devil’s Due set out to be a found footage Rosemary’s Baby and that’s exactly what it is. The thought process behind it consisted of taking one of the all-time cinematic greats and saying “Well, what if it didn’t look like a movie?” Does this mean it wouldn’t be an amateurish version of the same type of story had it not been found footage? No. It would probably still have been bad, but it could have at least had some production value. Instead, what we’re left with is a paint-by-numbers feature that plays it safe at every turn and—as a result—is not remotely memorable. The camera has nothing to do with the story, and that’s important because, in something like this, the camera has to be a character for the movie to work. When that doesn’t happen, this is what we’re left with. Europa Report could be lumped into the same boat as Apollo 18, in that they are both found footage space exploration movies, which is a concept that inherently doesn’t work. Europa Report is the better of the two, but it still didn’t need to be done in this style and ultimately doesn’t gel with the format. It’s a claustrophobic space thriller and should have been reliant on tension, atmosphere and character development. Instead, the flick focuses on the justification for the footage existing. Most of it looks as riveting as tuning into the NASA channel to watch satellites in orbit. That’s not to say there’s nothing eventful in the movie, or that there’s nothing of value, it’s just that as the feature unfolds, it becomes harder and harder to tell what’s going on or become invested in it. Now, Project X is not a horror movie. But it warrants talking about precisely because of that fact. The found footage model is inherently a horror template. Project X was the film that took the first step in seeing if the cheapest model of filmmaking could be applied to other genres. It opened the door for films like Project Almanac and Earth to Echo to do the same. But it’s ultimately pointless. Project X is a sophomoric comedy. It’s a simple teen house party movie. It has no reason to be shot in the found footage style, and frankly it’s a little bit creepy to even conceive the idea that kids would be filming the entire thing. I loved The Sacrament, it was one of my favorites of the year, but that doesn’t mean I’m kidding myself into thinking there was any reason that it actually needed to be found footage. It’s a solid retelling of the Jonestown massacre with some wonderful build-up and tension. The performances are strong across the board, but the camera ultimately gets in the way. Near the end, it’s less and less justifiable. Almost every found footage movie reaches that point where people would generally just stop filming, and in The Sacrament it is particularly noticeable. Like The Sacrament, this was a film that I loved but at the same time, I can’t justify it being found footage. Most movies are designed in this format if they have no other selling point, or if it’s the sole way a distributor would be able to market it. But Chronicle has so much going for it besides the fact that it is shot in the first person. It’s an original superhero movie in the midst of the age of comic book adaptations. It is also a super villain origin story, which is unique unto itself. The found footage style that is utilized in this film, while actually inventive, is the least important thing here. Chronicle would easily have worked without it. 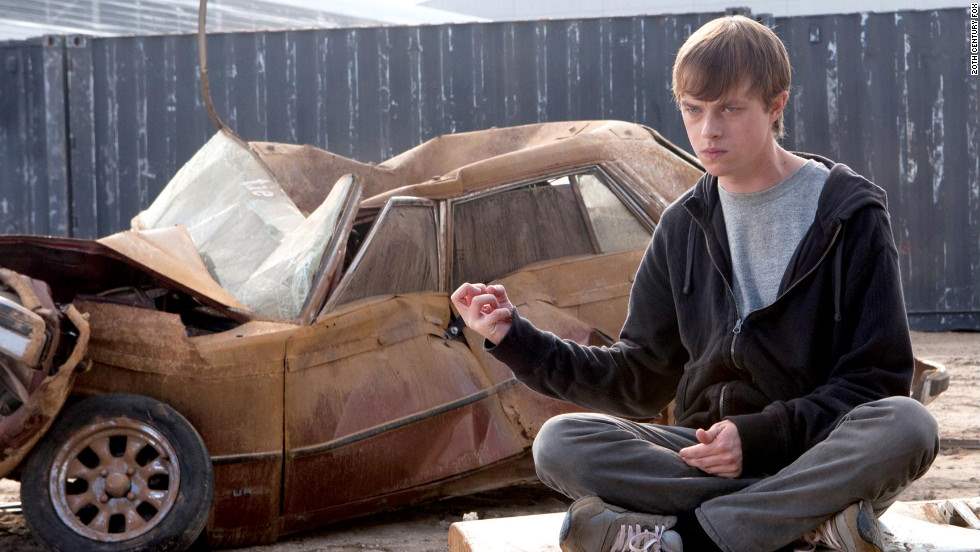 Post Views: 402
Liked it? Take a second to support Nat Brehmer on Patreon!

Tags: chronicle, devils due, europa report, found footage, Found Footage Filmmaking, found footage films, found footage horror, Found Footage Horror Films, project x, The Sacrament
Share This Post
Written by Nat Brehmer
In addition to contributing to Wicked Horror, Nathaniel Brehmer has also written for Horror Bid, HorrorDomain, Dread Central, Bloody Disgusting, We Got This Covered, and more. He has also had fiction published in Sanitarium Magazine, Hello Horror, Bloodbond and more. He currently lives in Florida with his wife and his black cat, Poe.
Have your say!
20
Previous ArticleHow Hellraiser: Bloodline Went From An Ambitious Franchise Saver To The Pin In The CoffinNext ArticleAlexandra Serio’s Tingle Monsters is a Trendsetter in Horror
You May Also Like Review–Hooked Up
April 14, 2015
FOLLOW US:
Support Nat Brehmer on Patreon!
There are no goals in this campaign...