If you have a serious interest in horror, you’ve probably at least heard the term giallo before. It refers to an Italian style of filmmaking, something that is a sort of cross between a traditional detective story and an American slasher movie. By and large, they’re mostly known for being slightly more sophisticated slashers—although they can surprisingly be gorier as well.

Most giallos have a certain look and feel to them, they have a sort of umbrella style that makes them unmistakably giallo much in the same way the ‘80’s slashers tended to follow a very specific sort of formula. Yet at the same time, each of the classic giallo directors brought their own unmistakable style and skill set to the movies they made.

While giallo can be one of the most interesting and rewarding of horror sub-genres, it is also one of the hardest to get into. If you’re interested in this style of genre filmmaking or Italian horror in general, but don’t know where to start, hopefully this could be the guide for you.

There’s some debate as to whether or not Suspiria is even a giallo, but there are plenty of resources and books on the genre out there that have listed it as such. To me, Suspiria hits most of the classical giallo definitions and just happens to be about witches at the same time. It can fall into place in the genre, I think, in the same way that you can still consider the later Friday the 13th entries to be slasher films. I would start with Suspiria because it not only has classic status, but is one of the most accessible even despite its outlandish and sometimes non-existent plot. It’s a visual feast, which is really what the giallo genre is inherently about.

A Bay of Blood

Mario Bava’s Bay of Blood is among the first and best of the giallos that really carried over stateside. It had a huge impact on American horror and helped to shape the landscape of slashers over here, with movies like Friday the 13th Part 2 even lifting some of those kills directly. It’s a simple and extremely effective feature and while the plot is very different from what you would consider a slasher to be, it’s immediately visible how much of an effect it would have on that sub-genre when it truly came to formation. 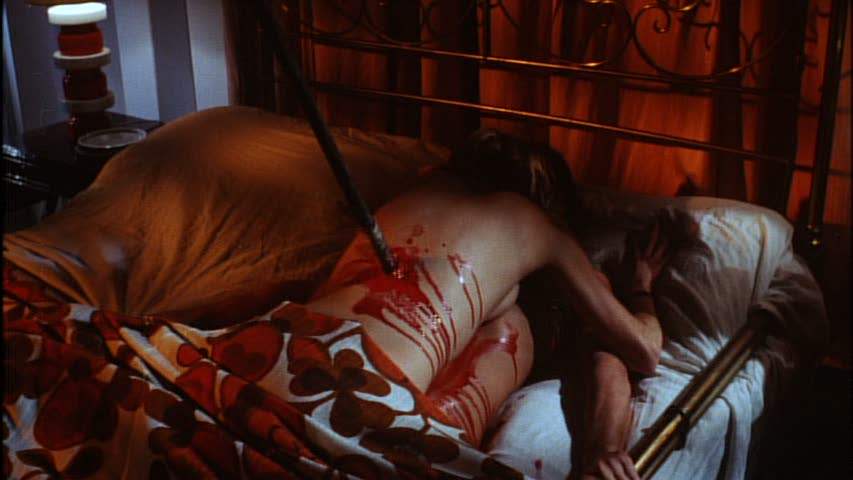 After Bay of Blood, I would jump back to Bava’s Blood and Black Lace which is one of the earliest giallos ever, as well as one of the most influential. It has inspired not only obvious filmmakers like Dario Argento, but also the likes of Martin Scorsese and Quentin Tarantino. The plot centers on a mysterious murderer picking off fashion models while attempting to get their hands on a secret diary. It was a nice change of pace for the early 60’s, an era that was still engrossed in the gothic Hammer tradition, even so soon after the release of Psycho. Blood and Black Lace immensely helped to push the horror genre forward toward violent thrillers. The Bird With the Crystal Plumage

After laying the foundations of giallo, it’s time to move onto Dario Argento’s first film—and one of his most straightforward thrillers—The Bird With the Crystal Plumage. This is an amazing debut for a first time director. It’s so streamlined and so well shot. It has its own sort of art deco sensibility and is very clean and very white compared to the multicolored landscape of Suspiria. Yet despite this, it does not hold back on the gore. Argento found ways to make the scenes of violence uncomfortably pleasing to look at in an aesthetic sense, which would only prove to be one of his greatest strengths as a director in later films.

With four of the classier giallo entries now under your belt, it’s take to take the leap into Fulci. This director’s movies, especially his giallos, were really made for the hardcore gore hounds. You simply can’t believe some of the stuff you see in a Fulci film and it’s almost always something that you just can’t see anywhere else. New York Ripper is one of his most brutal. Honestly, it’s a feature that I can barely even watch now after having seen it a few times. If the gore aspects of giallo really appeal to you, though, look no further.

We’ll end this beginner’s guide with a third Argento movie, not only because he’s one of the best director’s to ever tackle the genre but also because he’s one of the founding fathers of said genre and a well known and respected master of horror. Yes, he’s more accessible and well known than other giallo directors, but when you’re just starting out and jumping into this field with both feet, that’s exactly what you want. Tenebre is probably his most underrated movie and is absolutely one of his best. It’s the perfect mix of the pristine, almost pretty cinematography of early giallos like Blood and Black Lace and The Bird With the Crystal Plumage with the relentless splatter of something like New York Ripper.

Post Views: 623
Liked it? Take a second to support Nat Brehmer on Patreon!

Tags: best giallo movies, best giallo movies for beginners, essential giallo movies, Giallo, Giallo movies, italian film, Italian Horror
Share This Post
Written by Nat Brehmer
In addition to contributing to Wicked Horror, Nathaniel Brehmer has also written for Horror Bid, HorrorDomain, Dread Central, Bloody Disgusting, We Got This Covered, and more. He has also had fiction published in Sanitarium Magazine, Hello Horror, Bloodbond and more. He currently lives in Florida with his wife and his black cat, Poe.
Have your say!
00
Previous ArticleAdvance Comic Review: Harrow County 7Next ArticleExclusive Interview: Steven R. Monroe on The Exorcism of Molly Hartley
You May Also Like Stagefright Retrospective – Stalk and Slash at the Theater
June 16, 2014

Ten Things You Probably Didn’t Know About Suspiria
June 2, 2014
FOLLOW US:
Support Nat Brehmer on Patreon!
There are no goals in this campaign...