In the post-suburban American nightmare that Tim Burton fashioned with his 1988 classic Beetlejuice, the titular ghoul proves himself to be a cruel trickster, a manipulative demon, and a gleeful agent of chaos. Ostensibly, Beetlejuice is the antagonist of the film. However, in his own way, he is actually the hero of the piece. Played by Michael Keaton, with uncanny charisma and manic showmanship, Beetlejuice is such a memorable character because his selfishness and vulgarity are so welcome as they stand in for any nobility or purity of heart. Beetlejuice was the antihero that the 80’s needed.
Like Gremlins before it and The ‘Burbs after it, Beetlejuice is a unique brand of horror comedy prevalent in a decade known for both its excess and frivolity. Like those films, it is as much of an indictment of American malaise and entropy as it is a madcap adventure into the underworld and nether regions. The film finds two ghosts, the Maitlands (played memorably by Alec Baldwin and Geena Davis) trapped in their country home while New York City yuppies move in and give it a modern art remodel. So displeased by this, the Maitlands go to otherworldly lengths in order to remove the new family from their cozy haunted home. The fact that this is what drives the action is both ridiculous and utterly superficial–but, then, that’s kind of the point.
When the couple’s Class warfare weariness finally manifests itself as “Beetleguese,” bio-exorcist for hire, he acts as an unpredictable poison injected into the life blood of the film. He’s a brash scoundrel who fancies cat houses, eats cockroaches and enjoys looking up girl’s skirts. He blithely terrorizes instead of harmlessly haunting, and it is because of his psychotic (though, admittedly hilarious) methods that the Maitland’s find their ultimate error. A shocking materialization of unchecked materialism, Beetlejuice acts as a decaying, sobering reflection. And it is in this way that he actually saves the day.
Like waking up after a regrettable one-night stand, trying to put Beetlejuice back in the proverbial Pandora’s Box motivates the Maitlands in various valiant ways. Not the least of which is bringing them even closer with erstwhile Goth Goddess Winona Ryder’s Lydia. My point, however, is that while this all comes together in perfectly priceless and humorous ways, it would not be possible without the Loki-like mischief of the belching buffoon whose name graces the film’s title. 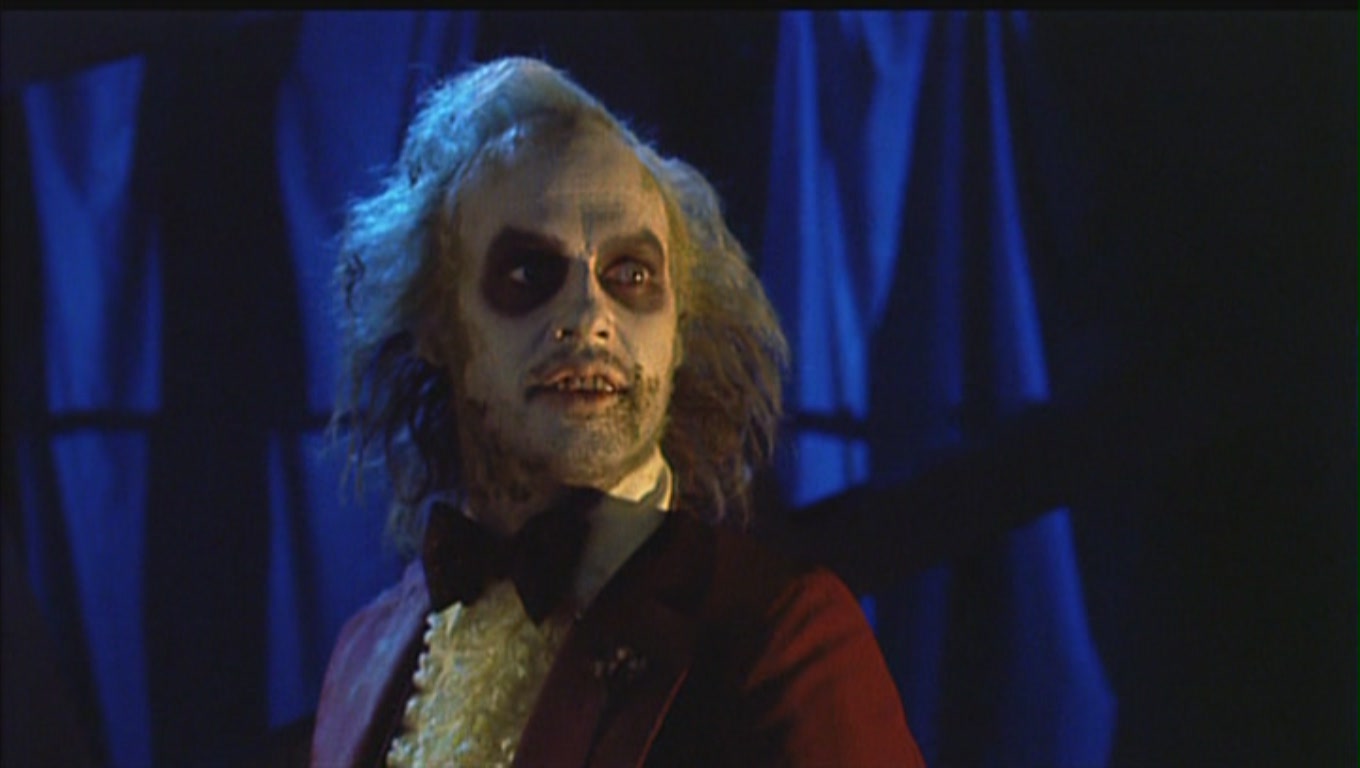 In fairness, there are plenty of times in film when the antagonist brings the protagonists closer together–that’s just part of storytelling. However, in this unique genre, the reason that Beetlejuice stands as a singular, unsung, accidental antihero is because (while his aims are selfish and reckless) he’s mostly only a troublesome prankster–never actually malicious. And, more importantly, the second that he is malicious (forcing a teenager to marry you, dude?), he literally gets eaten by a giant sandworm. He fights and kicks and rolls his eyes to the very end, but as far as antiheroes go, much like his wedding day tuxedo, Beetlejuice is a dingy, ugly version of the real thing. And we wouldn’t want him any other way.
Post Views: 997
Liked it? Take a second to support Daniel Rivera on Patreon! Gore, Quebec is Coming to DVD Next Week
October 9, 2014
FOLLOW US:
Support Daniel Rivera on Patreon!
There are no goals in this campaign...