A good horror movie is made up of good direction, acting, writing, and cinematography. A great horror movie utilizes these techniques in almost every single scene to effectively tell the story, give a good scare, or build suspense. Everyone has their list of favorite films that they can watch over and over again. But what about those specific scenes that you always look forward to seeing when settling in with one of your favorites? Or that scene that has you nudging the person sitting next to you and saying, “You’ll love this part!” Certain scenes in a film can speak to us in any number of ways, and Scenes We Love will attempt to spotlight some of the best of the best.

Related: Why Stir of Echoes is Still in the Shadow of The Sixth Sense

Stir of Echoes is an often underrated ghost flick that sometimes still suffers from being overshadowed by the similar but more successful The Sixth Sense. But Stir of Echoes is in some ways a far more entertaining film than that one, with moments of true darkness and dread, highlighted with moments of comical levity that endear the viewer to the characters. At the same time, it is also a wonderfully played out haunted mystery story. This is not surprising considering the movie’s source material, Richard Matheson’s novel A Stir of Echoes. The film also has a very interesting visual and editing style that hopefully makes anybody who sees it fall in love with it. And luckily, this particular Scene We Love comes right at the beginning of the film. The catalyst for the plot of an average family who starts to have ghostly visions is when he is hypnotized at a party by his wife’s sister. This hypnotism scene is a standout not only because of the creativity of director David Koepp and the effects involved, but also because of the way it completely immerses the audience in the moment with the character. To set the scene, Tom (Kevin Bacon) and Maggie (Kathryn Erbe) are at a block party with their neighbors, and Maggie’s sister Lisa (Illeana Douglas) is trying to tell the people in the room why she believes hypnosis actually works. Finally, someone asks her to prove it and hypnotize somebody, and Tom readily volunteers himself. It is his line “What’s the worst that can happen?” that really begins the scene.
CLICK HERE For 100s of FREE Trashy Horror Movies! Tom and Lisa are sitting face-to-face in the darkened room, but the camera is straight-on each of them at the start of the scene, and they say their lines to camera–and therefore, to the audience. Lisa tells Tom/the audience to close their eyes, so it is like she is hypnotizing us as well. Then the screen goes black by way of an effect that looks like an eye closing, and the screen stays black as Lisa begins her hypnosis. Illeana Douglas’ voice is smooth and soothing as she instructs Tom to be quiet and listen to the sounds of the room–there’s even a slight pause after she says this so that the audience can do the same. Then the visuals start. The way these visuals are presented, as Lisa prompts Tom with each new piece of information, plays out almost exactly the way the mind works. What one person’s mind can conjure when someone says a word or phrase will be completely different from the next person–but then your mind’s eye can change that picture if needed. Lisa tells Tom to imagine he’s in a theater. His first thought is a live-action theater with wooden seats and about ten people in the audience. Then she says “a movie theater,” so a white screen slides down from the top of the frame. She says, “You’re the only one there.” The audience members fade away. Lisa’s next prompting helps Tom to envision the scene better and bring him deeper into the hypnosis. When she says that the theater is a “huge, empty theater” and is “one of those great old movie palaces,” the camera zooms out to reveal just what she is talking about–a large ornate theater with a red curtain and gold embossed walls. But it’s still too bright in there for Tom to go to sleep, so her next description is that the walls are painted black. This is presented in a great effects shot where black paint drips down and covers each of the walls. The seats are also supposed to be black, so the red cushions also transition to black down all the rows of seats. Lisa then sets Tom’s focus to the movie screen, saying that it’s the only thing he can see in the theater. The background fades deeper into black and the screen becomes almost blindingly white. Instead of the usual snap of the fingers that we see hypnotists use to fully put their subjects under, Lisa tells Tom to picture out-of-focus letters on the screen. He has to approach the screen in his chair to see them, so the camera slowly drifts closer and closer–you can kind of see the outline of the letters, but not entirely. They finally become clear when Lisa says, “The letters spell ‘SLEEP.'” A later dream sequence shows this scene from a different side, with Tom floating in the air in the chair he was sitting in during the hypnosis, not one of the theater seats. Then there’s a slow fade-out as Tom falls asleep, or becomes fully hypnotized, and then the scene ends as Tom gets his first vision from the ghost. 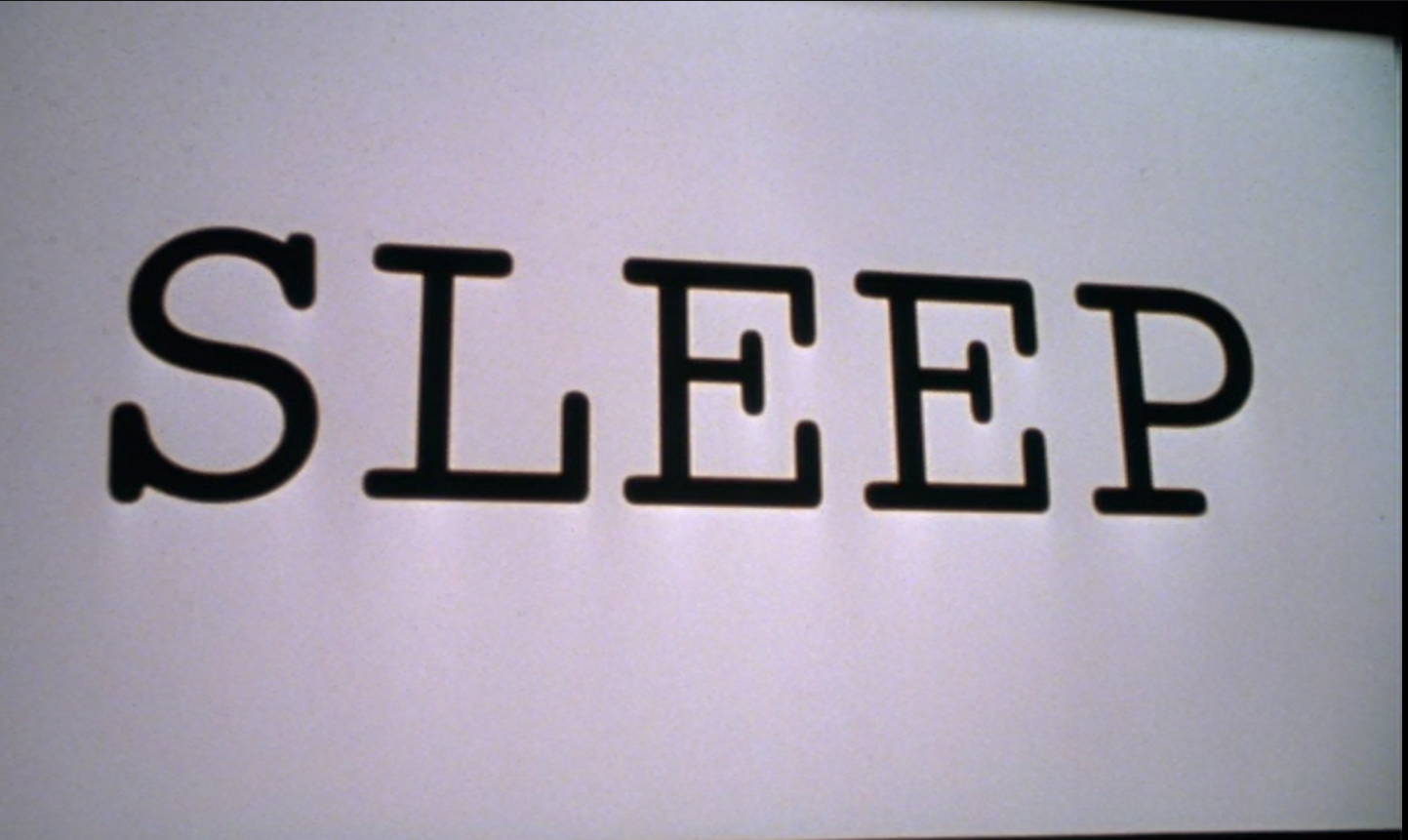 This scene from Stir of Echoes may be a short one–it’s only about two minutes long–but it’s a poignant moment in the movie that sets up the style and the fast pace that the rest of the film takes on. It’s an effective storytelling technique that puts the audience in the movie with the character and lets them experience the moment with Tom. This hypnosis scene is one we think you should take a second look at and appreciate as a Scene We Love!

Post Views: 523
Liked it? Take a second to support Michele Eggen on Patreon!

Tags: Illeana Douglas, Kathryn Erbe, Kevin Bacon, Scenes We Love, Stir of Echoes
Share This Post
Written by Michele Eggen
In addition to contributing to Wicked Horror, Michele Eggen has been writing about all things horror at her blog, The Girl Who Loves Horror, since 2010. She loves anything having to do with ghosts or the supernatural realm. Her favorite films are Poltergeist and Child's Play.
Have your say!
00
Previous ArticleSeven of the Most Horrific Moments from Mainstream ComicsNext ArticleAlien 5 is Still Happening but May be Hindered by Prometheus
You May Also Like
Why Stir of Echoes is Still in the Shadow of The Sixth Sense (And Why it Shouldn’t Be)
June 26, 2015 Eight A-List Actors Who Gave Several Terrific Horror Performances
June 28, 2017
FOLLOW US:
Support Michele Eggen on Patreon!
There are no goals in this campaign...