Jurassic Park is truly an adventure for the ages. One of Steven Spielberg’s most amazing and exciting films, it’s lasted over twenty-five years and only continues to cement its place as a bonafide classic. The franchise continues even now, especially after the billion dollar success of Jurassic World. With next year’s Jurassic World: Fallen Kingdom on the horizon, we’re taking a look back at some of the most frightening, suspenseful, disturbing scenes from the original Jurassic Park novel that didn’t make it into the film.

The differences between the book and movie are numerous. The same basic story and characters are there, but the novel is much darker. It’s more of an outright satire on Disney, with John Hammond as a twisted take on Walt himself and a much crueler presence than the much softer, tragically naïve figure presented in the film. There are so many changes made from story to screen, especially to turn the feature into a Spielberg action/adventure piece.

Those changes are valid, for sure, but for this list, we’re picking out those moments of genuine suspense and horror that could have been amazing to see on the big screen.

The Raptor Siege on the Lodge

This scene, story-wise pretty much serves the same purpose as the climax in the Visitor’s Center at the end of the film. The major difference in the novel is that it’s much, much bigger. Instead of trying to reboot the computer system to lock the doors to the control room, they’re trying to reactivate the electrified roof while raptors are swarming the lodge. It turns the third act into a full blown siege piece, and seeing that Velociraptor version of Assault on Precinct 13 could have been awesome. The Raptors Sneak Onto the Boat

Jurassic Park has a very peaceful finale, all things considered. Once they make it out of the Vistor’s Center, they make it to the helicopter and get the hell off the island, no problem. In the book, though, the survivors of the park escape by boat as the military is coming to nuke the entire island. It’s peaceful, for a moment, but in pure horror tradition, things aren’t as peaceful as they seem. Raptors have snuck onto the boat, providing that last minute jolt, so similar to Ripley realizing the alien is with her on the escape pod. For the book, that last minute sequence is great. 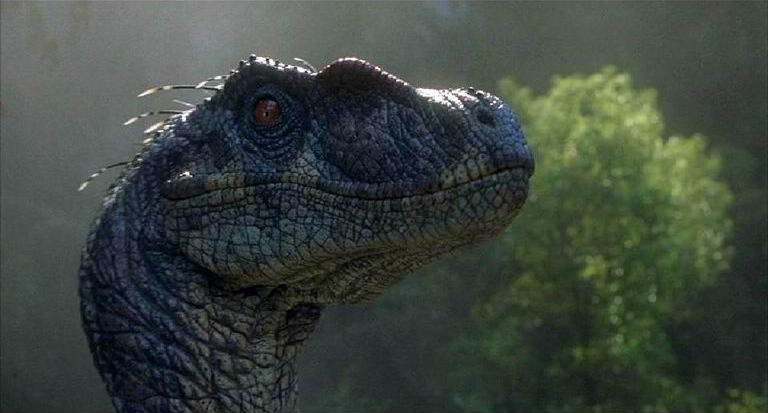 There are many dinosaurs present in the novel that don’t wind up appearing in the movie. The triceratops sequence in the movie was a stegosaurus, initially. There are hadrosaurs, apatosaurs, anklylosaurs and more that don’t make an appearance in the film at all. One of the biggest sequences is when Grant and the group find themselves stranded in the aviary with a horde of angry pteranodons. This scene was incredibly suspenseful on the page and was eventually re-used for Jurassic Park III. Jurassic Park’s novel opening is an incredibly suspenseful and gripping sequence about a patient brought in under full secrecy, a woman is forced to treat a totally shredded, wounded person and the reader has no idea what’s going on until the patient mutters the word “Raptor.” The best part about that is that the doctor treating this person doesn’t know what it means, and really, neither does the reader because the velociraptor wasn’t nearly as popular as it is today. It sets up a cool and creepy warning that needs to be investigated.

One of the most infamous scenes cut out from the novel is a sequence that sees Grant and the kids escaping down the river via a raft. They’re astonished to find the tyrannosaur stepping into the water and swimming after them. As huge a blockbuster as Jurassic Park is, this amazing scene was likely cut for budget. Still, for Spielberg it would have been a fantastic callback to the success of Jaws. As tense and terrifying as the shark is to this day, it would have made audiences go crazy to imagine a full-grown tyrannosaurus lurking under the water.

The Raptors Eat Their Young

There’s a disturbing moment in the novel in which Lex and Tim come across a juvenile velociraptor. It’s almost cute, behaving very unlike the adult raptors, which are portrayed very similar to the film, as almost super-villainous. When the raptors start closing in on them, Tim tosses the baby back to them and they immediately start tearing into it and eating it as Lex and Tim start running away. It’s a far cry from the raptors racing to recover their eggs in Jurassic Park III. 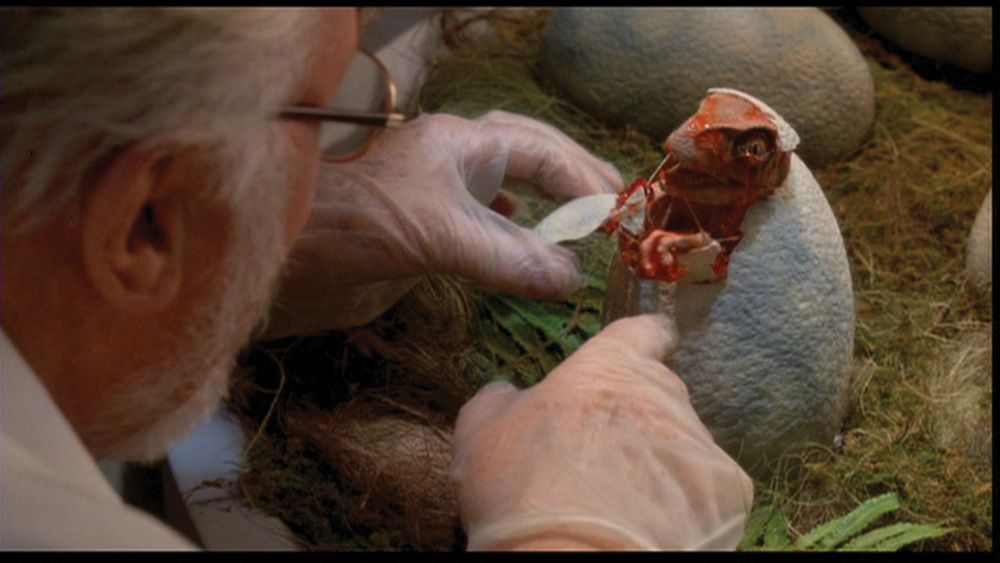 Dennis Nedry’s death in the novel is brutal as hell. It’s a full-blown gore gag that feels like Stephen King. Nedry is blinded by the dilophosaurus, just as he is in the movie. Paralysis is setting in and we start to feel the experience of that, rather than just watching him scream and stumble to try and get back into the jeep. Instead, with his body going numb, Nedry reaches down to feel something wet and squishy only to slowly realize he’s holding his intestines in his hand right before the dinosaur clamps its jaws down on either side of his head. As mentioned, Hammond is a much worse person in the original novel than he is in the film. He’s the kind of sleazy, bottom-line-obsessed business tycoon you typically wish to see die in a movie like this. In the book, after hearing a recording of a tyrannosaur roar, Hammond is so startled that he falls down a ravine and breaks his ankle. While on the ground and weakened, a gang of small Procompsognathus close in and essentially pick him to pieces. These dinosaurs are all over the book, but don’t appear until the movie’s sequel, where they give a much similar ending to Dieter Stark. 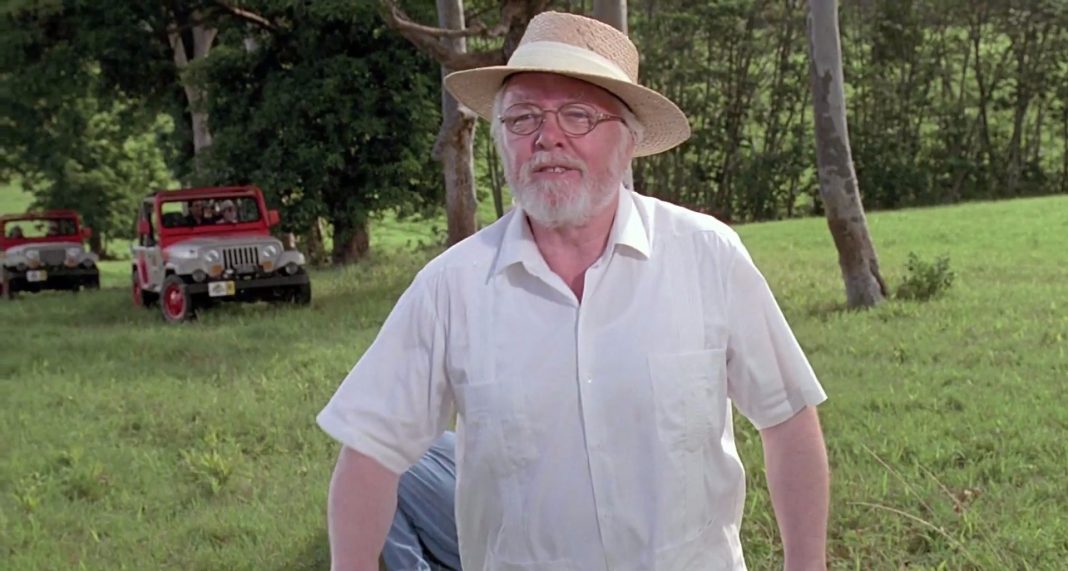 Post Views: 2,354
Liked it? Take a second to support Nat Brehmer on Patreon!

Tags: dinosaurs, Jurassic Park, Jurassic World, steven spielberg
Share This Post
Written by Nat Brehmer
In addition to contributing to Wicked Horror, Nathaniel Brehmer has also written for Horror Bid, HorrorDomain, Dread Central, Bloody Disgusting, We Got This Covered, and more. He has also had fiction published in Sanitarium Magazine, Hello Horror, Bloodbond and more. He currently lives in Florida with his wife and his black cat, Poe.
Have your say!
00
Previous ArticleThe Jurassic World: Fallen Kingdom Trailer Is HereNext ArticleHow Aliens Perfected Action/Horror (And Why it’s So Hard to Get Right)
You May Also Like How Poltergeist Destroyed the American Dream (And Why That’s Great)
June 28, 2018

There’s (Another) Poltergeist Remake in the Works, From a Couple Dudes You Might Know
April 11, 2019

Netflix Horror Spotlight: Jaws (1975)
September 29, 2016
FOLLOW US:
Support Nat Brehmer on Patreon!
There are no goals in this campaign...