It was recently announced that rising talent, Nicholas Tucci has passed away after a private battle with cancer. His death was announced via his Facebook page. Tucci’s father informed friends and fans that the actor had succumbed to illness on March 3, 2020 at the Smillow Cancer Hospital in New Haven, CT. he was 38 years old.

Nicholas Tucci is known by horror fans for his credits in some great genre films. Tucci starred in the fan favorite You’re Next in 2011, as well as The Ranger, Choose and Chilling Visions: 5 Senses of Fear. Tucci also appeared in the SyFy series Channel Zero.

Tucci was young and had a lot of promise as an actor. I can only imagine where his talent could have eventually taken him. According to his father, Nicholas decided to keep his illness a private affair and keep on working.

His father, Alexander Tucci stated “Nick chose to keep his illness private so that he could continue to pursue his professional and artistic drams for as long as possible”. In addition to his horror credits Tucci also starred on several television series including Netflix’s Daredevil, Pose, Ramy. Quantico, and Homeland.

Tucci also, impressively, is an alumnus of Yale University, having received his Bachelor of Art’s in Theater. According to IMDB, Tucci wrote several published and unpublished horror scripts and was a huge fan of Stephen King. Tucci also owned a Maine Coon cat named Church.

In the end, we have been robbed of a talent far to early. Nicholas Tucci, the short time he was here, was able to make a lasting mark on the entertainment world, especially to horror fans familiar with his work. It is said, that if we remember someone, then they are never truly gone. I take comfort in that. So tonight, I will be revisiting You’re Next. Godspeed Nicholas Tucci, your star may have been short but it was bright 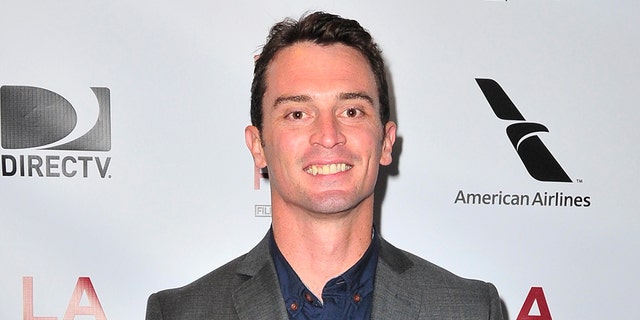 Post Views: 526
Liked it? Take a second to support Aaron Posey on Patreon!

Tags: In Memory, news, Nicholas Tucci, Tribute
Share This Post
Written by Aaron Posey
Hailing from the great state of Ohio, Aaron Posey was raised on a steady diet of Ghostbusters, Unsolved Mysteries, and classic slasher films. He possess a plethora of useless horror knowledge that he is dying to unleash on the world. He can carry on a conversation using nothing but movie quotes and can liken any situation to an episode of The Simpsons. He is always on the lookout for up-and-coming horror related bands and music. His crowning achievement in life is his brief appearance in the Halloween: 25 Years of Terror documentary.
Have your say!
00
Previous ArticleExorcist Actor Max von Sydow Passes Away At 90Next ArticleTrue Terror with Robert Englund is a Modern Classic With a Campy Edge [Review]
You May Also Like

Cujo Definitely IS In The Dark Tower (Alongside A Host Of Others)
July 26, 2017
FOLLOW US:
Support Aaron Posey on Patreon!
There are no goals in this campaign...