This is it. After a nearly twenty year wait, Ravager is finally here to bring the Phantasm series to a close. Franchises rarely ever truly end, but Phantasm has never been like other franchises. It’s been the same crew of people since pretty much the beginning. It’s not a series of individual movies connected by numbers. The Phantasm sequels are chapters in a book. They may be able to be viewed on their own, but it’s all one singular story. That’s why it means so much to see that story finally come to a close.

Endings, of course, never please everybody, so it’s no surprise that reaction to Ravager has been mixed. So many fans have built up the way they wanted the series to end for so long, and I understand that. How couldn’t they? This is a series that has lasted almost forty years. But if it answered everything, if it was totally clear and straightforward without room for guesswork or interpretation—it just wouldn’t be Phantasm.

Yes, Ravager is dirt cheap and looks it. It’s incredibly low-budget, often cheesy, largely convoluted and that’s the Phantasm series I know and love. This movie may not give everyone exactly what they wanted, but going in my biggest fear was that it would be made so many years later that it wouldn’t feel like Phantasm anymore. And I’m happy to report that’s not the case at all. In some ways, this might truly be the Phantasm ending we were always going to get. The big-budget Roger Avery version talked about in the late ‘90s was never going to become a reality. But even though Ravager looks cheap, it feels big. It feels like a final battle and, more importantly, like an ending. That’s what matters. The Phantasm series has never been about production value, even from the very beginning. It’s been about heart.
Want 200+ Horror Movies? CLICK HERE!

This movie has so much heart that I can overlook so many budgetary shortcomings. It’s amazing just to see this cast together again, one last time. People had begun to doubt so much that we’d ever see the final entry in the saga that Coscarelli and co. didn’t even officially announce it until after it had completed filming, because nobody would have believed him otherwise.

There are a lot of decisions made in this film that are unexpected. While the original and most of the second movie belonged to Mike, this is Reggie’s story. That’s the way the series has evolved as it’s gone along, so it shouldn’t come as much of a surprise. Mike started out as our young hero, but Reggie has pretty much been the protagonist from Phantasm III onward. What’s unexpected are the number of jumps between time and space between Reggie wandering the desert, Reggie waking up in a post-apocalyptic future, and Reggie in a nursing home being told that his long story is nothing more than a story.

I don’t think many fans were ready for this. It jumps around a lot and nothing is entirely clear. And to be honest, that’s not really a bad thing. That, if anything, loops the final film right back around to the first. Just like the original, it’s a bunch of guys scrambling to make a movie with extremely limited resources, assembling the footage they have into something that tells a semi-cohesive story. But it mirrors the original in a much more important way as well.

Phantasm was about a young boy coming to terms with accepting death for the first time. Ravager is about an old man learning to accept his own death. When I figured that out, that was the moment this movie had me. That was the moment I knew I was on board and ready to watch the gang go up against the Tall Man, one last time. I acknowledge that the film looks like it was shot almost entirely against a green screen. I also acknowledge that while the larger visual effects sequences show some great ideas, they don’t necessarily work in execution. But a large part of me doesn’t care about those things, not enough for them to impact my enjoyment. And some of the ideas were so great that I saw through the execution to the idea of what it was trying to show.

Everybody goes all in on this one. It’s clear to watch everyone involved that they know this is the last time they’re ever going to do this, and that they have to make it count. The cast handles that with ease. Reggie Bannister gets to play so many different facets of his character in a running time under 90 minutes, which is pretty exciting. This is the most spirited and passionate A. Michael Baldwin has been since the original.

As for Angus, Scrimm who sadly passed away last year before the release of the film, I’m mostly relieved to say that he went out on top. His last performance meant something. While his age and weariness were clear, this was without a doubt one of his best and most intimidating performances as this character. 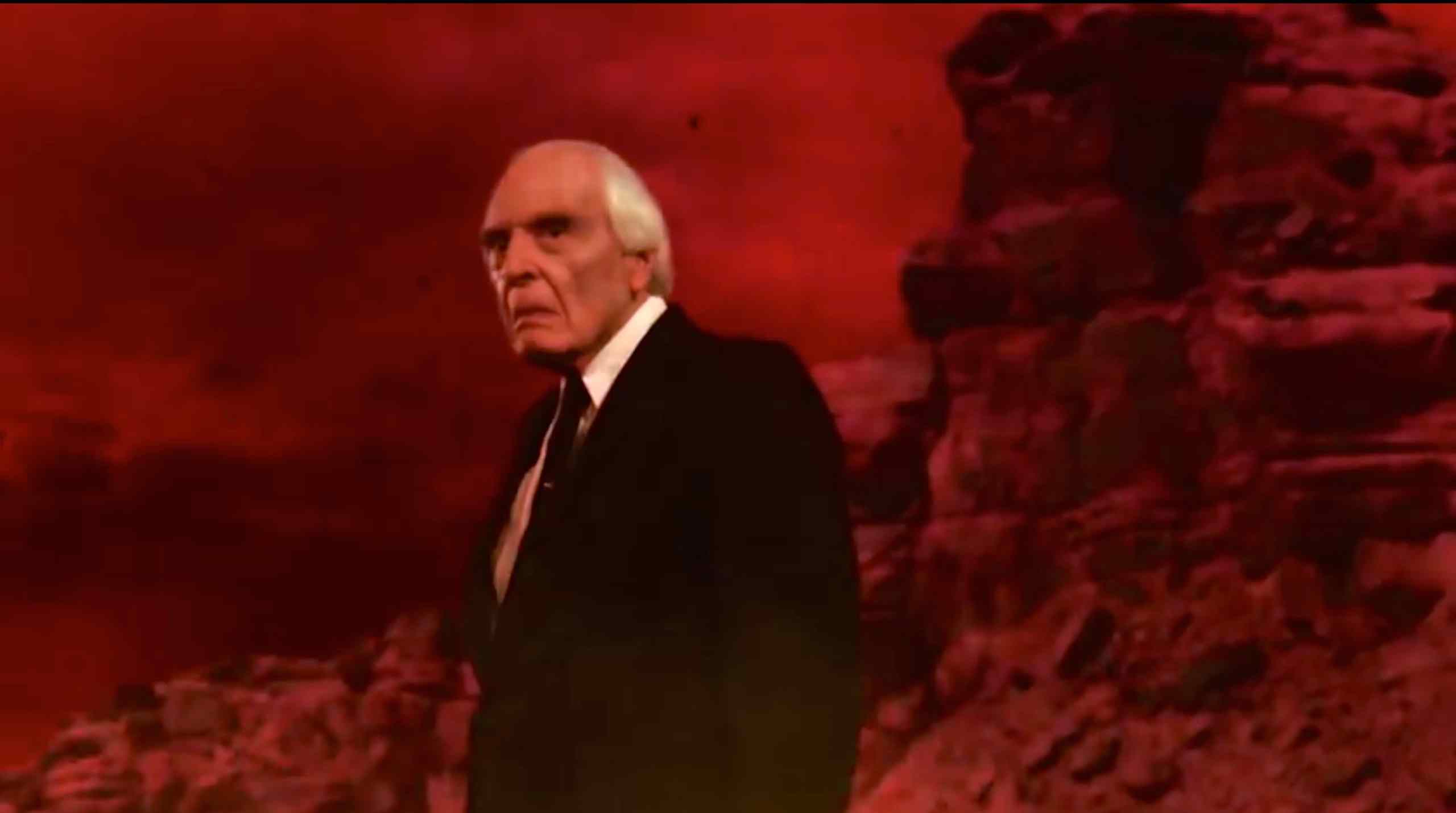 No, Phantasm: Ravager doesn’t give us all of the answers, but it was never going to do that. From the beginning, it was something open-ended, something you could look into and see something that might be different from what the person next to you saw. There’s no concrete plot resolution. But at the same time, it’s there if you look for it. Like the story itself, the meaning offers infinite worlds of possibilities. It could have ended one way, it could have ended another. Some people will only see what they want to see, some people will only see what they don’t.

But it’s kind of amazing that it’s even here to see in general. I never thought I’d ever get to see another Phantasm. It wasn’t what I expected, but at the same time it was. And that alluring contradiction can only mean that it succeeds.

Post Views: 379
Liked it? Take a second to support Nat Brehmer on Patreon!

Tags: Angus Scrimm, Don Coscarelli, horror movies, phantasm, Phantasm Franchise, Phantasm Ravager, Reggie Bannister
Share This Post
Written by Nat Brehmer
In addition to contributing to Wicked Horror, Nathaniel Brehmer has also written for Horror Bid, HorrorDomain, Dread Central, Bloody Disgusting, We Got This Covered, and more. He has also had fiction published in Sanitarium Magazine, Hello Horror, Bloodbond and more. He currently lives in Florida with his wife and his black cat, Poe.
Have your say!
10
Previous ArticleThe Much-Anticipated Halloween Remake is Farther off Than You ThinkNext ArticleSeven Dead Franchises That Should be Revived
You May Also Like

Why Video Games are the Next Step in Getting Your Horror Fix!
January 18, 2016
FOLLOW US:
Support Nat Brehmer on Patreon!
There are no goals in this campaign...