Cannibalism has always been at the forefront of the horror genre. It is prevalent in some of the most classic horror films ever made, including The Texas Chain Saw Massacre and Night of the Living Dead. The zombie genre as we know it is built on a foundation of cannibalism. Sure, these people may be dead, but they are resurrected with the sole purpose of consuming human flesh. Then there are those that are really remembered as cannibal classics, films like Cannibal Holocaust, and Cannibal Ferox. These two in particular were at the forefront of the cannibal boom that lasted from 1977 to 1981. Around this time, numerous cannibal movies saw release. Each one was designed to be more gruesome and more intense than the last. Ultimately, those titles were the two that emerged as cult classics while the rest of their brethren were forgotten. Many of the titles on this list made an attempt to recapture whatever it was that made Cannibal Holocaust work. They were even lighter on plot and somehow heavier on gore, which made most of them harder to take seriously. Cannibal Holocaust towed a line between depravity for depravity’s sake and actually having a compelling message. More often than not, the other productions from the cannibal boom were well on the other side of things.

Still, even from a historical standpoint in the course of film, these gritty and often disgusting movies are worth a watch.

Also known as Mondo Cannibale and White Cannibal Queen, Jess Franco’s Cannibals is on this list not because it’s an underground success, but because it is known as the worst cannibal film of all time. It has been referred to as such by its own director, who was usually fairly defensive of his work. There’s virtually nothing of quality in this feature. The acting is awful and the camera work tries its best to be even worse. Yet it’s entertaining nonetheless. If this gained a wider audience, it could have gone on to be the Troll 2 of cannibal pictures. Not to be confused with Tobe Hooper’s film about an alligator motel, Eaten Alive! is one of the more gruesome cannibal features to be made during the height of the cannibal craze. Directed by Umberto Lenzi, it can be just as hard to watch as Ruggero Deodato’s Cannibal Holocaust, although it was filmed and released just before. It centers on a woman who follows her sister into the jungle, after she has been abducted by a cult. The gore scenes are almost too numerous to name. Its efforts to be the most shocking movie ever made are clear, and as such it puts in a good effort.

The Mountain of the Cannibal God

One of the more surprisingly effective features to be made during this movement, Sergio Martino’s Mountain of the Cannibal God actually made the video nasty list after its release on home video. At the time, that was about the highest honor a horror picture could achieve. It meant you were at the top of the class and ensured that it would be something people actively sought out, especially in areas where it was banned. This Italian movie also stars Stacy Keach and Ursula Andress in very early roles. 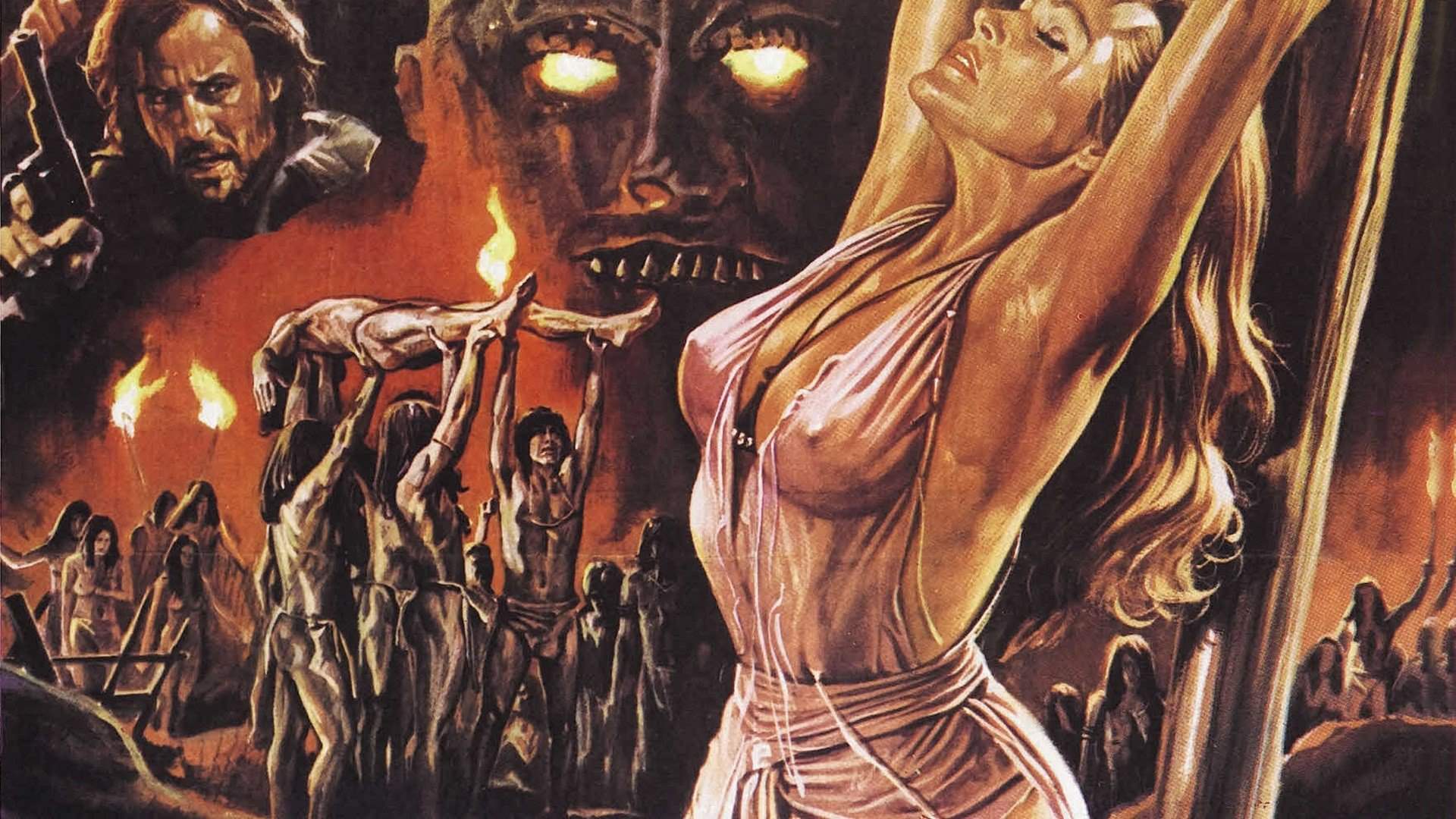 An underground classic for its box art alone, Anthropophagous was forgotten for many years. While it was an Italian production, it was actually about a group of Germans on vacation in Greece. Also listed as one of the video nasties, this Joe D’Amato production is currently out of print in the US and can go for a wide range of prices online. It has gained some traction in recent years among fans and is starting to be regarded as an icon of Italian gore cinema. While it’s still not a great film, it’s definitely the best that D’Amato ever made. Also known as Jungle Holocaust, Ultimo Mondo Cannibale was Ruggero Deodato’s precursor to Cannibal Holocaust. It was a feature with a nearly identical plot made just before he set out to make that film. For fans of Cannibal Holocaust, it should be particularly interesting to watch. Initially, this one was actually supposed to be directed by Umberto Lenzi as a sequel to Man from Deep River. But that changed, and Deodato stepped in as director. Surprisingly, this is not nearly as gruesome as Cannibal Holocaust, although like CH, it does include scenes of animal cruelty, which Deodato claims were added by the producer without his consent. The nudity is the most controversial thing about this one, with some scenes that are particularly explicit.

I’m well aware that this movie doesn’t fit with every other title on the list, but it would be too strange not to include it. Ravenous was made decades after the cannibal boom. It’s a black comedy about cannibalistic settlers in the 1840’s, satirizing events like the Donner Party. Even now, almost twenty years since it was made, it hasn’t found a terribly wide audience within the genre. It should be remembered as a cult classic, and perhaps it’s gaining traction in that area, but not enough, especially for a major production with an A-list cast. Some of this comes down to production problems and trouble with marketing and release. Either way, Ravenous is definitely an essential cannibalism movie and is not to be missed.

Be sure to check out our Script to Pieces feature on Ruggero Deodato’s Cannibals!

Post Views: 1,062
Liked it? Take a second to support Nat Brehmer on Patreon!

Influential Horror Movies You May Not Have Seen
July 30, 2015
FOLLOW US:
Support Nat Brehmer on Patreon!
There are no goals in this campaign...