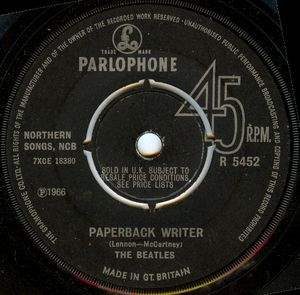 The notion of playing music in reverse has been around for almost as long as the ability to record music has been. Thomas Edison, only a year after his invention of the original phonograph in 1877, stated that when playing a piece of recorded music backwards on his invention it remained “melodious in many cases”, a novelty that allowed certain songs to feel as if they were actually two songs.

Occultist Aleister Crowley, the so-called “wickedest man in the world”, is the one responsible for casting the practice in a menacing light, at least to pop culture at large. He instructed his followers to train their minds to work backwards—a discipline achieved through various means, including writing backwards, watching films backwards, talking backwards, and listening to recorded music backwards. The purpose of such a practice was to strengthen the will, which would assist in occult rituals. One of Crowley’s primary instructors in the magic arts, Allan Bennett, is said to have recited the Lord’s Prayer in reverse as a child (reportedly a major component of Black Mass, which inverts the symbolism of traditional Catholic mass), accidentally conjuring up the devil. Although not actually a Satanist—Crowley did not believe in the Christian theosophy, including the concept of Satan—it was a story that stuck with him and may have contributed to these philosophies. Nearly 20 years after Crowley’s death, The Beatles released their album Revolver, which solidified their roles as musical innovators. The B-side for their single “Paperback Writer” was the song “Rain”, which featured a short segment of vocals and musical accompaniment recorded in reverse—a process called backmasking. The lyrics were innocuous (and were actually lyrics that had been sung forward previously in the song), but once discovered, it lit a fire under fans to seek out other hidden messages.

Things hit a fever pitch a few years later when the “Paul is Dead” phenomenon took hold of young Americans, mostly college students, who claimed that there were backmasked messages hidden in recent Beatles songs that alluded to the fact the Paul McCartney had died and been replaced with a lookalike. 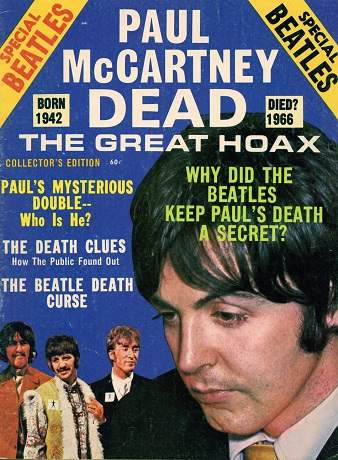 Even after the rumors died down, devoted fans continued to search their music collections for backmasked messages. By the late 1970s, religious groups had figured out that Satanic messages could be backmasked just as easily as innocuous ones and they kickstarted a witch hunt for rock musicians that were adversely affecting our youth by bypassing the conscious mind and taking aim directly at the subconscious.

It was a growing movement that would eventually take the world by storm. In 1982, Christian broadcaster Paul Crouch proclaimed that rock musicians were not only inserting Satanic messages into their music, but that many of them were directly in cahoots with the Church of Satan. News reports spread the word, and there were instances of radio DJ’s being fired from their jobs for encouraging listeners to seek out these messages. It even nearly became a law that albums with backmasked messages would have to be sold with a sticker warning of the danger it posed to the subconscious mind!

In the case of Led Zeppelin, it did not help matters that Jimmy Page had purchased Aleister Crowley’s former mansion, and that there were already rumors that he had sold his soul to the devil in order to achieve fame. Electric Light Orchestra, for their part, responded to the allegations by actually putting backmasked messages in their future releases, even going so far as to record an entire satirical concept album entitled Secret Messages in 1983. 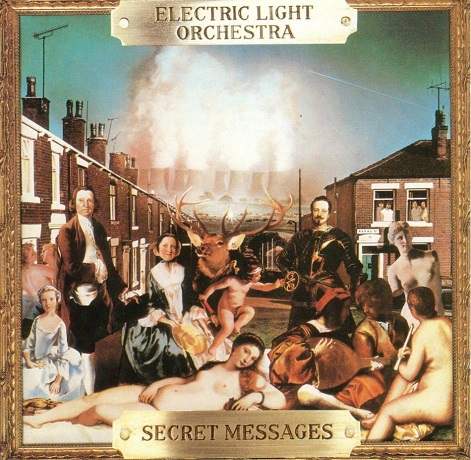 The true pinnacle of absurdity came in 1986, though, when two preachers named Jim Brown and Greg Hudson of South Point, Ohio came forward with the startling revelation that even the theme song to beloved vintage sitcom Mr. Ed contained Satanic messages when played in reverse. Suddenly the theme was being played both forward and backwards on American airwaves, while writers Jay Livingston and Ray Evans rode out the controversy with relative good humor, happy to see an unexpected uptick in their royalty checks.

Things died down considerably for a while, but the controversy never fully went away. In the modern age, conspiracy theorists and Illuminati believers have been able to network via the Internet and on occasion one of these theories they promulgate makes its way from their web forums and into a larger subset of culture. It wasn’t all that long ago that rumors were circulating of Lady Gaga backmasking evil messages in her song “Paparazzi”.

So is there any truth to these rumors? Yes…and no. While countless musicians have included backmasked messages into their songs—some of them comprised of Satanic imagery—these have for the most part been done in response to the controversy, not vice versa. Furthermore, even those recordings which do have backmasked messages have been proven harmless, as the mind is not as susceptible to such things as fearmongers would have you believe. And finally, the vast majority of songs that have been accused of backmasking do not actually contain backmasked messages. Finding them where they don’t exist is an example of the human mind finding patterns in chaos.

Although there is little to no merit in these stories, motion pictures were quick to take the notion and run with it—though not as often as one might expect. 1973’s The Exorcist featured something of a forerunner of this, as the possessed young Regan MacNeil spouted what appeared to be gibberish, but when recorded and played backwards was actually instructions to “fight the priest” and other similar things.

1986’s Trick or Treat showed a deceased heavy metal musician speaking to a fan from beyond the grave, giving him supernatural assistance in vengeance against bullies when he plays a record backwards. In an episode of Amazing Stories the same year, “Go to the Head of the Class”, a student got revenge against a teacher by playing a record backwards, revealing the ingredients needed to place a curse on him. The following year, a couple of youngsters accidentally opened up the gates of Hell in The Gate, though this time the backmasked message was a helpful one, instructing them on how to close it.

The Adam Sandler comedy Little Nicky poked fun at the backmasking controversy by having a Satanic message hidden not in a heavy metal song but rather one by the band Chicago. And in 2012, Rob Zombie’s Lords of Salem saw citizens of Salem enthralled by the music from a mysterious record—and though it played forward in the film, it played backwards in the novelization.

Marcus Nispel’s upcoming film Exeter (formerly called Backmask)—about a group of teens who play a record backwards and release an evil force that begins to possess them one-by-one—goes to show us that Hollywood isn’t done with the concept just yet. As long as there are people making music, there will likely be someone out there hearing the voice of Satan instead.

If the devil has a decent singing voice, I’ve got no problem with it.

Post Views: 1,265
Liked it? Take a second to support Jonny Metro on Patreon!

Tags: Aleister Crowley, Backmasking, Exeter, heavy metal, hidden messages, rock music, satanic messages, the beatles, Trick or Treat
Share This Post
Written by Jonny Metro
Jonny Metro is a cult and horror film fanatic, a latter-day beatnik, and a would-be writer. When he's not toiling away in retail hell, he can be found contributing to Wicked Horror and blogging at his own site. He lives in Colorado with his wife and a whole slew of imaginary friends.
Have your say!
00
Previous ArticleRob Zombie’s 31 Reveals New Cast ImageNext ArticleBates Motel Recap – Season 3 Episode 9
You May Also Like 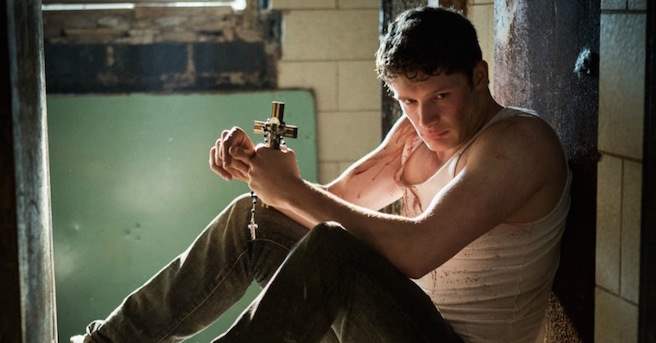 Exeter to Premiere on DIRECTV Prior to Theaters
March 17, 2015

Legends of Limbo: The Legacy of The Monster Squad
August 19, 2019

Halloween Public Service Announcement
October 14, 2015
FOLLOW US:
Support Jonny Metro on Patreon!
There are no goals in this campaign...