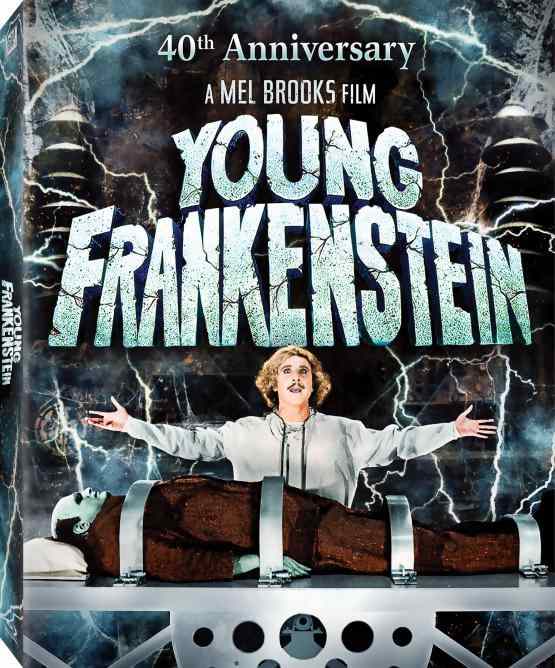 Young Frankenstein will be receiving a blu-ray re-release in honor of the film’s 40th anniversary. 20th Century Fox Home Entertainment has the disc is set to street September 9th. This is one in a series of re-releases Fox has lined up over the coming months.

The story of Young Frankenstein concerns Dr Frankenstein’s grandson who has spent his whole life trying to step out of the shadow of his grandfather to no avail. But after Victor comes across his grandfather’s diary, he begins to see things differently and decides to return to his ancestral home and look into the experiments his family was famous for.

The special features look similar to what was included on the previous Young Frankenstein blu-ray disc but it’s possible that additional features will be announced closer to the actual release. And if nothing else, the artwork and packaging looks fancy.

The special features on the disc include:

Post Views: 291
Liked it? Take a second to support Tyler Doupé on Patreon! A US Trailer for What We Do in the Shadows is Here!
December 6, 2014
FOLLOW US:
Support Tyler Doupé on Patreon!
There are no goals in this campaign...