Wes Craven’s A Nightmare on Elm Street is one of the greatest horror movies ever made. That statement should be a given, but somehow there are still plenty who question it. Nightmare is such a smart, well written picture with a genius concept. It’s terrifying on every level. First, you have the very idea that a dream can kill you. Sleep is the one thing you can’t even hope to outrun, at least not for very long. Then, you have the killer himself. Freddy is a boogeyman for the ages. He’s sinister, he’s got a great, iconic look and he takes absolute glee in torturing the innocent. But there’s not that much innocence to go around, as one of the things that makes Freddy so scary is the fact that he’s taking revenge on the parents who murdered him.

In the Nightmare on Elm Street series, revenge is an endless circle. Family is not something you can always count on. Authority is rarely to be trusted. Your own fears and insecurities can and will be played against you. These are all recurring themes throughout the franchise.

Yet, despite always having interesting ideas, it’s not always a perfect franchise. It’s always fun, but it’s harder to actually sit down and watch as whole than a series like Friday the 13th. Most of that comes down to the wildly different tone as you go through it. A Nightmare on Elm Street started out as one thing and turned into something very different as it went along.

But it’s still a franchise that I love and it has more good entries than bad. Keeping in mind that all of these rankings are subject to opinion, here are my picks for the five best and four worst of the Elm Street franchise.

Nothing beats the original. This movie still holds up. The characters are interesting. Each of these teens has a personality and our protagonist Nancy is terrific. She’s smart, resourceful and is willing to go further than most slasher heroines do in order to survive. Then you have the villain, and what I love about Freddy in the first film is that he’s in the shadows. You never really get a complete and total, clear look at him. He’s mean. He’s still laughing, which is important to note, but he’s not cracking wise. The opening death is so uncomfortable and, well, nightmarish that it almost single-handedly rejuvenated the slasher genre. The rest of the feature helped too, of course, but there’s something about that death scene that was so different from what audiences were expecting at the time that really helped to change the landscape of horror. New Nightmare is an amazing deconstruction of not only the original Nightmare on Elm Street but the horror genre at large. It’s one of the smartest, most well written horror films of the 1990s and completely paved the way for future titles like Scream. Robert Englund gives one of his most intimidating performances as Freddy because he has to play a version of Freddy that is separate from Robert Englund, because this Freddy exists in our world, where the Nightmare series is just a pop culture sensation and nothing more. It crafts itself in such a way that the only way to contain Freddy’s spirit is to make another feature, and the script that writes itself during the movie is the same feature you’re watching, word for word. And the brilliance of it is that there is half a second where you wonder if this actually was the film they had to make to keep Freddy down. In terms of actually being a sequel to A Nightmare on Elm Street, Dream Warriors is impossible to beat. It’s the perfect sequel. It brings back original characters in a smart and organic way, it introduces new characters you grow to love as much if not more than the old ones and builds upon the mythology. There’s so much of what we know about the Nightmare franchise that’s introduced for the first time in Dream Warriors, like the backstory of Krueger being the “bastard son of a hundred maniacs.” Freddy is pretty much perfect in this film as well. He’s a little bit funnier but still very dark, his one-liners are well timed and still incredibly mean spirited.

This one really divides fans, but that speaks a lot to how opinions have changed over the years because it used to be the most maligned entry in the franchise. I liked it as a kid, didn’t like it as a teenager, and now I think it’s actually one of the most interesting sequels of the bunch. Yes, it’s full of gay subtext, but hey, that means it actually has subtext. It means there’s actually something going on in this feature beyond the dream sequences and the Freddy’s one-liners. In general, this might be the darkest we’ve seen Freddy in any of the movies. It’s very different from the first and is not great at being a direct sequel. I think it would have done a lot better had it come later in the game and separated the comedic Freddy era of 4, 5 and 6.

The Dream Master is a fun entry. There’s nothing wrong with it. The only thing it really suffers from is being a watered down, less interesting version of Dream Warriors, but it is by no means a failure. It’s actually the highest grossing of the entire franchise, even now. What’s most interesting about Dream Master is that you can clearly trace this to being the point where Freddy became a pop culture icon. This Freddy was the star of the show, all eyes are on him, to the point where you start to get kind of restless when he’s not on screen. He’s still not a very nice guy, but he’s a monster that’s impossible not to have fun with. 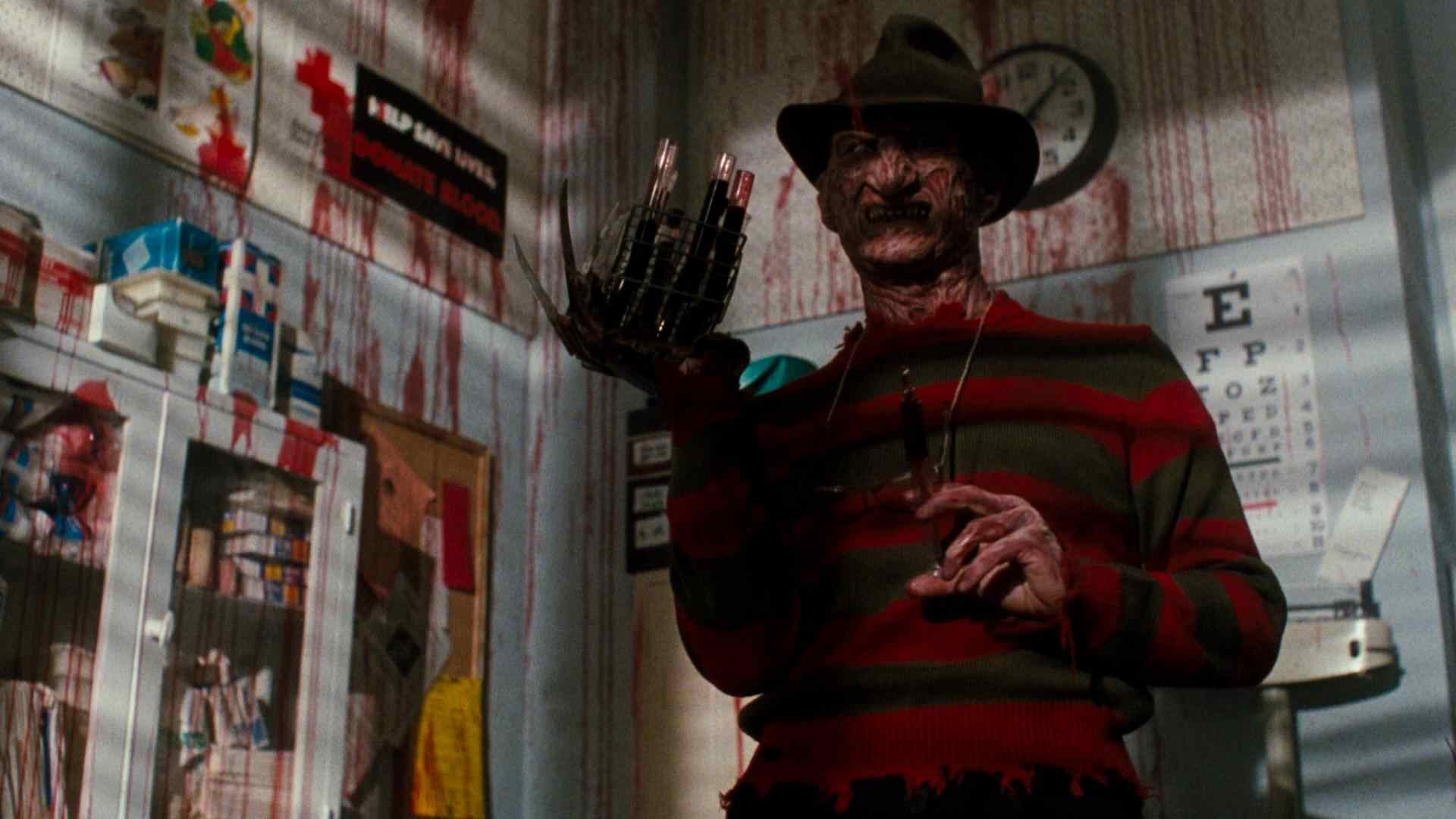 I don’t think Freddy’s Dead is actually nearly as bad as it’s made out to be, I think it does take things very far in the comedic direction, but it at least does so consistently. We also get a lot of Freddy’s backstory in this one and while that’s very interesting, it does feel sort of at odds with the overall comedic tone of the film. Rachel Talalay’s biggest influences are clearly David Lynch and John Waters. Freddy’s Dead feels like it’s trying to be the David Lynch Nightmare and the John Waters Nightmare at the same time. While both directors are known for making weird movies, they’re not known for making the same kinds of weird movies, so that provides Freddy’s Dead with a sort of awkward tone. I stand by the fact that Freddy vs. Jason accomplishes everything it needs to. It’s pretty much exactly what it needs to be and totally services the fans by delivering the perfect amount of carnage for both monsters and the perfect amount of screen time for both of them as well. It’s divvied up in an interesting way. It does not feel like one character’s movie over the other. Freddy gets the storyline and Jason gets the kills, which is a smart way to do things. But the characters ultimately are not as interesting as they need to be. Katharine Isabelle, one of the biggest talents in the genre, should have been given more to do. Moreover, some of the dialogue just doesn’t hold up.

A Nightmare on Elm Street 5 really suffers from an imbalance in tone. Freddy is so funny but the characters are so morose and solemn. It has a plot that is so serious and simultaneously interesting, but it does absolutely nothing with it. The abortion plot that they sell so hard never goes anywhere and the storyline is kind of a mess. Dream Child is jumbled, feeling like it’s trying to continue on from where Dream Master left off but trying to return to the darkness of the original at the same time, and that just doesn’t work. The FX sequences are great, though. It ranks last, to the shock of no one, but I will say that it’s not as terrible as it’s made out to be. There are some really good ideas here, but none of them get explored as much as they should. One of the things people hate most about it is actually the thing I think is most interesting, which is that it tries to make you think Freddy is innocent. For the first two-thirds you start to get convinced that maybe he never even did anything, but then it turns out that he is exactly the person you thought he was and pulls a Freddy on the audience by manipulating you into even entertaining the idea that he might be innocent. That’s what’s interesting about the film. But it doesn’t mean it’s not a mess. It tries to be such a return to darkness for the franchise and tries to set itself apart, but then hollowly recreates scenes from the first and the new Freddy just repeating Englund’s iconic lines doesn’t work at all.

Post Views: 315
Liked it? Take a second to support Nat Brehmer on Patreon!

Tags: A Nightmare on Elm Street, a nightmare on elm street series, freddy krueger, horror movies, nightmare on elm street franchise, wes craven, Wes Cravens New Nightmare
Share This Post
Written by Nat Brehmer
In addition to contributing to Wicked Horror, Nathaniel Brehmer has also written for Horror Bid, HorrorDomain, Dread Central, Bloody Disgusting, We Got This Covered, and more. He has also had fiction published in Sanitarium Magazine, Hello Horror, Bloodbond and more. He currently lives in Florida with his wife and his black cat, Poe.
Have your say!
00
Previous ArticleGreen River Killer: A True Detective Story With More Heart Than BiteNext ArticleHere’s What Most Fans Don’t Understand About Scream
You May Also Like