Welcome back to our weekly Scream recap. Just a reminder, for those who have not yet seen the episode or last week’s episode, we’ll be jumping into pretty major spoilers right off the bat. Episode 8  follows up on the ending of the previous, dealing with the fallout of Will’s death. Emma definitely takes the focus this time, with other subplots sort of falling by the wayside, but that makes sense. We need to be focused on how she’s dealing with this to make it feel even remotely realistic.

It does that somewhat decently. The major issue with this episode is that the writers are aware of the impact of Will’s death and that it needs to be dealt with but they are also not sure exactly how to go about dealing with it while progressing the story at the same time. With the few previous episodes being so intense, suspenseful and shocking, it’s natural that this one would be a little bit slower. But while the previous couple episodes have been good at balancing out the character moments with action, this episode is focused entirely on character, which it doesn’t quite balance as well. A good portion of this week was very focused on Audrey and Noah’s continuing investigation into Branson. He’s been too obvious of a choice for the killer for some time now, but the show has nonetheless been trying to make him look as secretly sinister as possible. While Branson may not be the killer, though, he’s far from innocent. His relationship with Brooke only gets creepier, even if it’s been on the backburner for awhile. We also go a little bit further into his past this week than we ever have before. Even if he’s not the killer, he could very well be a killer. He has a past and has a lot to answer for, which we’re probably looking forward to in the next episode.

Ironically, while Branson is finally (probably) revealed to not be the killer at the end of the episode, this is the creepiest he’s ever been. He’s finally about to go all the way and actually have sex with Brooke, on school property no less, when she is attacked by the killer and he is arrested for the attack—although he could just as easily be arrested for being with an unclothed student in the theater, and probably a hundred other things we don’t even know about yet. 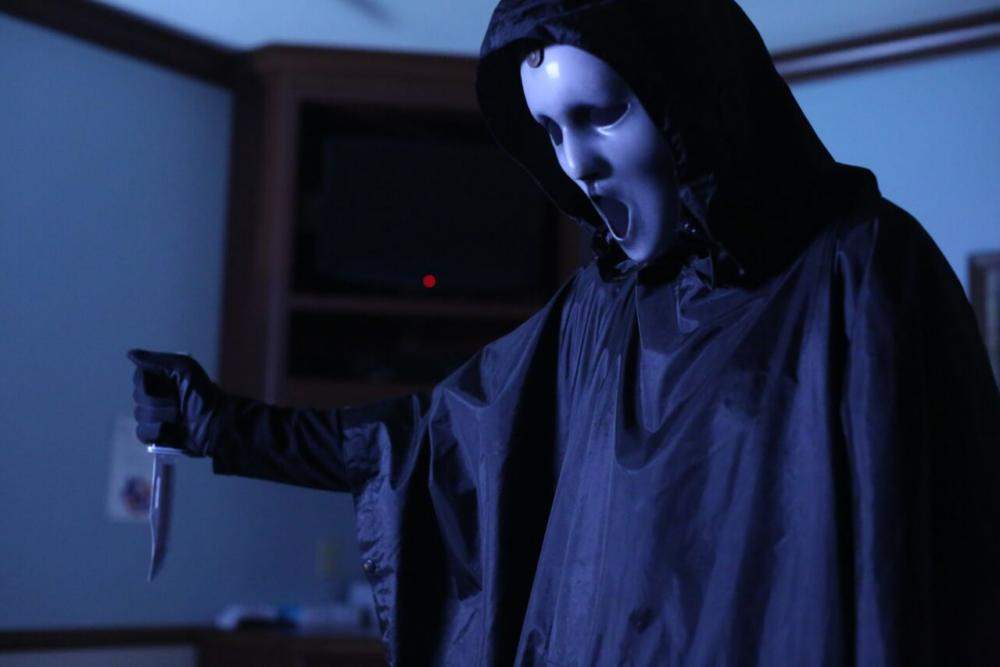 What should have been the big draw of the episode turned out to be somehow pretty bland, as Emma’s reunion with her father kind of fell flat. Maybe it’s the fact that it’s happening in an episode where Emma already has more than enough going on emotionally, but it’s not as powerful as it should have been. Emma’s mother’s big explanation scene doesn’t help matters when it should have been such a big breakthrough moment for their characters, considering how long we’ve been building to it.

This is not the worst episode of the series and offers several nice moments, but if it’s a step forward, it’s a very small one. And considering that we’re already winding down to the finale, it probably feel more impactful and revelatory than it actually is.

Scream Recap: Episode 5
July 29, 2015
FOLLOW US:
Support Nat Brehmer on Patreon!
There are no goals in this campaign...