An Unquiet Grave‘s title is slight variation on an English folk song, the sort of melancholy lovers’ lament that has been passed down through generations without losing an ounce of its poignancy. It’s common to compartmentalize the essential inevitability of death. Intellectual awareness that everyone’s time on the planet is finite is very different from the emotional reality of that same simple fact. Tomorrow is promised to no man, but it is only human to hope that youth, virtue, piety or some other combination of mitigating factors will skew the odds in your favor.Jamie (Jacob A. Ware) lost his wife, Julie, when their car was hit by a drunk driver. The film opens with him standing over Julie’s grave, waiting for her identical twin Ava (Christine Nyland, who also co-wrote the script) to meet him at the cemetery. The strain in their conversation is obvious, and the passage of a year has done little to dull either party’s sense of loss. Jamie can barely talk about Julie in the past tense, and Ava is oddly focused on the morbid details of decomposition, wielding the cold, clinical nature of science like a shield against her own emotions. Desperate for even the smallest hope of an alternate timeline and knowing Ava is just as set adrift is he is, Jamie convinces her to return to the site of Julie’s death. He has discovered a ritual, that when performed by a blood relative, may be able to bring Julie back from the dead.This type of monkey’s paw plot is a staple of any form of storytelling, from campfire tales to literature to horror cinema. What makes An Unquiet Grave something richer than the standard minimalist ghost story is that the expected hammer of ironic comeuppance is replaced with a quiet (and disquieting) meditation on grief. Attempting to bend the laws of nature never ends well, as genre fans are already well aware from the countless previous cinematic examples. The particular brand of nightmare Jamie and Ava end up entangling themselves in is much more nuanced than we are used to seeing, especially at this price point. 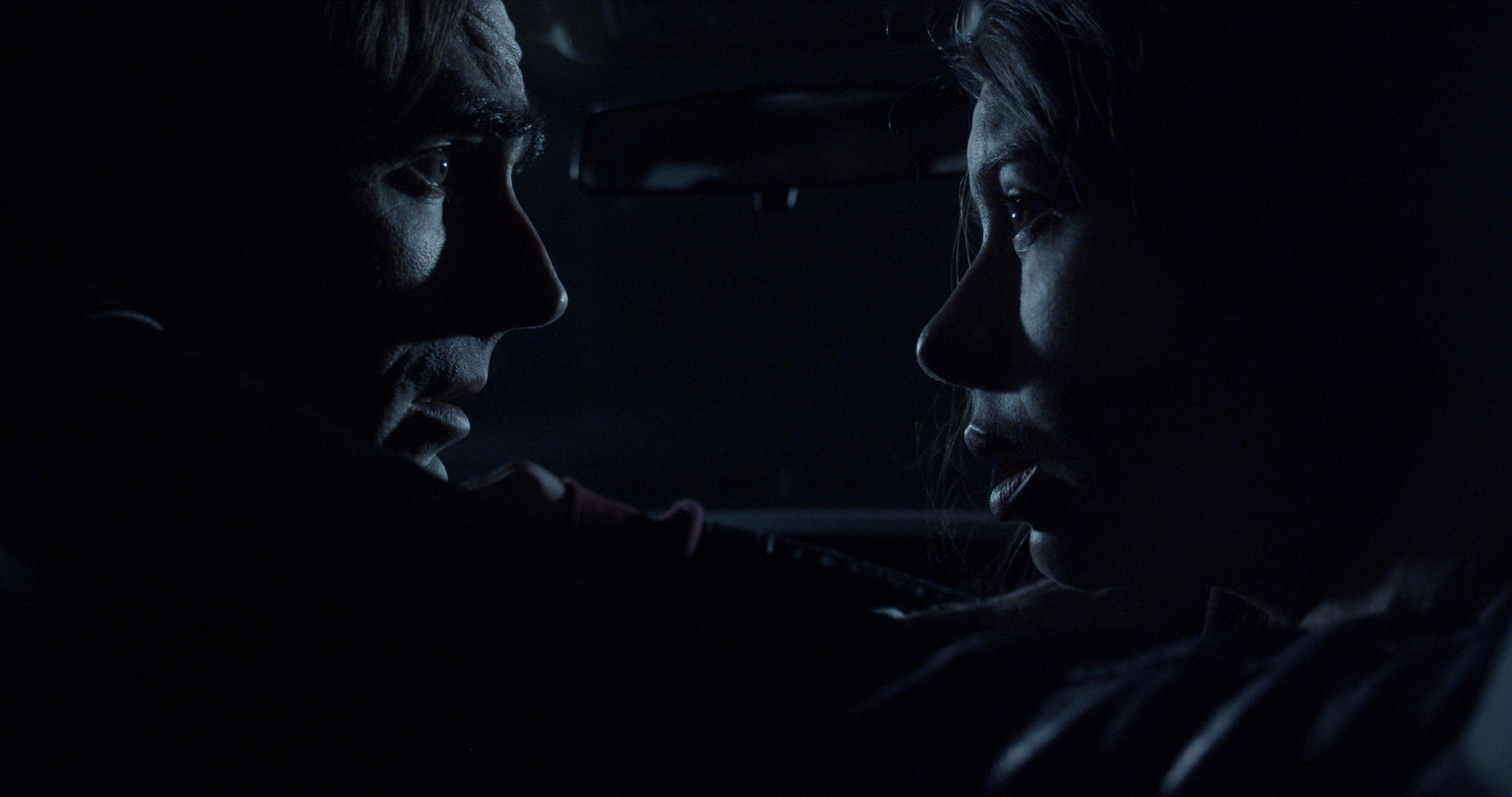 Jamie, and to a lesser extent Ava, are both still defined by their trauma, too afraid to even properly name it, as if a long enough silence or a hard enough cry might just turn everything back to exactly what life was before Julie’s accident. Neither party thinks about the trade offs the ritual may demand, what Julie would have actually wanted, or how the experience of death may have permanently changed Julie if she is unexpectedly thrust back into the land of the living. Jamie is so single minded in his focus, that Julie is almost more of an avatar than the actual woman he loved. He’s just stuck in the quicksand of his own pain, and in his flailing refusal to let go, creates a situation that is worse than death for all three people concerned. It isn’t the hubris of using supernatural means to cheat the balance of life that does him in. The poison is the selfish chasm of heartbroken need that caused him to attempt it in the first place.

An Unquiet Grave was quite clearly working on some tight budgetary constraints. Terence Krey’s direction is functional enough, and he does a credible job of finding the darker edges and creeping shadows in the handful of locations used. The day to night transitions are a bit jarring, but as the film’s action takes place in a very short timespan, there aren’t enough of them to blossom into full on distraction.Given the nature of the narrative, intimacy of the settings, and a cast of just two actors (Nyland playing a dual role as both sisters), An Unquiet Grave is structured specifically to let the performances do most of its heavy lifting. Christine Nyland and Jacob Ware both give delicate, layered performances, that convey the wide emotional arc of their characters, even when delivering more expository dialog. The pair are clearly very comfortable working together(and have done so in previous projects), and that comfort and easy chemistry go a long way toward selling an atmosphere of crushing grief and creeping unease.

An Unquiet Grave‘s biggest flaw may be in its final 20 minutes, which brings the focus back to the more otherworldly elements of the story. The workings of the ritual are never fully explained, nor are the rules of engagement for invoking it. It is clear that something has gone wrong, but the lack of information kneecaps the emotional heft and tension of the events on screen. By the time the credits roll, the ending feels less like purposeful ambiguity and more like an abrupt concession to limited resources.

Overall, An Unquiet Grave does manage to punch above its weight class as a very effective piece of limited budget filmmaking. While the final act doesn’t quite deliver on the eerie promise of its premise, the movie provides a fresh viewpoint on two of horror’s oldest tropes. It is always best to be careful what you wish for and, sometimes, dead really is better. An Unquiet Grave deserves praise for taking the time to carefully detail why that might be the case, in a way that is both quietly unsettling and heartbreakingly human.

Post Views: 254
Liked it? Take a second to support G.G. Graham on Patreon! Five Australian Horror Films to Watch After The Babadook
January 2, 2015
FOLLOW US:
Support G.G. Graham on Patreon!
There are no goals in this campaign...