In honor of Pride 2021, we’re looking at the queer horror canon that most set the movement back. Here are five films, in particular, that portray the LGBTQIA community in a poor light.  How many have you seen?

No list of this sort is complete without the first slasher, Psycho. The trope of the transgender serial killer–less often, but equally as problematic, the gay or bisexual serial killer–arguably began with Hitchcock’s Psycho. Gus Van Sant, a gay filmmaker, helmed a cringe-worthy remake that reinforced the same negative stereotypes. Who can forget Vince Vaughan in a blonde wig?

Also See: Five Less-Talked About Hitchcock Sequences That Will Have You Biting Your Nails

Even worse on the positive representation front is Academy Award-winning, The Silence of the Lambs. I’m talking about that scene. Buffalo Bill tucking and singing Wild Horses.

Silence won the Oscar for Best Picture because it’s a masterful film in its own right. But, both Psycho and Silence are identified as anti-LGBT on GLAAD’s website. Those honors are earned. Both films don’t age any better as trans rights progress.

Buffalo Bill is not the only bad representation of queerness here. We also have Hannibal Lecter, pansexual in the novels, and involved in kinky gay sex in the film, Hannibal. The representation of LGBTQ+ characters in Silence and Hannibal feel cheap, dirty, and awkward, a lot like the thrillers, Cruising or Irreversible.

Also titled, Switchblade Romance, it’s the surprise ending of this New French Extremity film that’s the problem. The protagonist, a lesbian or bisexual woman, is murderously infatuated with her female best friend. High Tension plays more heavily into the sinister bisexual trope as it’s literally the film’s twist ending. We’re led to believe for the entire feature that a male serial killer is on the loose. Not so!

Although this is still regarded as one of the best French Extremity films to date, the overall narrative implications here are tough for LGBTQ people. The early 2000’s were simply not great for positive representation of LGBTQ people in cinema or horror cinema.

Also see: The Intensity of High Tension: A Look at Plagiarism in Horror

Calvaire (French for “The Ordeal”), is another French Extremity film from the very anti-gay, early 2000’s. It had potential for good horror social commentary.  But, it simply devolves into torture, a gore-fest of male-on-male sexual assault, rape, and violence. I’m partial to a good male-on-male rape-revenge movie. There’s little to no queer cinema on the subject, save for the fifty-year-old Deliverance.

However, the protagonist in Calvaire doesn’t even get revenge. It’s supposed to be a survival film and the victim simply dies! The film also can’t be redeemed for attempting to say something more nuanced. No character actually identifies as gay, or is even perceived to be gay. The victim is simply mistaken for a woman, someone’s dead wife, then dressed up in her clothes for most of the film. I’m concerned that this film is even considered an “LGBTQ horror film.”

Also see: How New French Extremity is One of the Most Important Movements of the Last Decade

Don’t get me wrong, Nicolas Winding Refn (“NWR’s”) The Neon Demon was a splendid supernatural-horror film. It had a good message about selling your soul for beauty or fame. And it had an original Sia song to go with. Still, we could have done without seeing Jena Malone, far from her Stepmom days, being rejected by Dakota Fanning, and taking it out sexually on a corpse.

The necrophilia scene comes out of nowhere. It follows immediately after Fanning’s rejection of Malone, and NWR is by all accounts straight. One has to wonder whether he really thinks there’s an association between being bi and a necrophile.  This film simply takes the LGBTQ+ serial killer trope way too far. Overall, the film is worth a watch, like the other movies on this list, but it’s hard not to feel something visceral as an LGBTQ+ person. 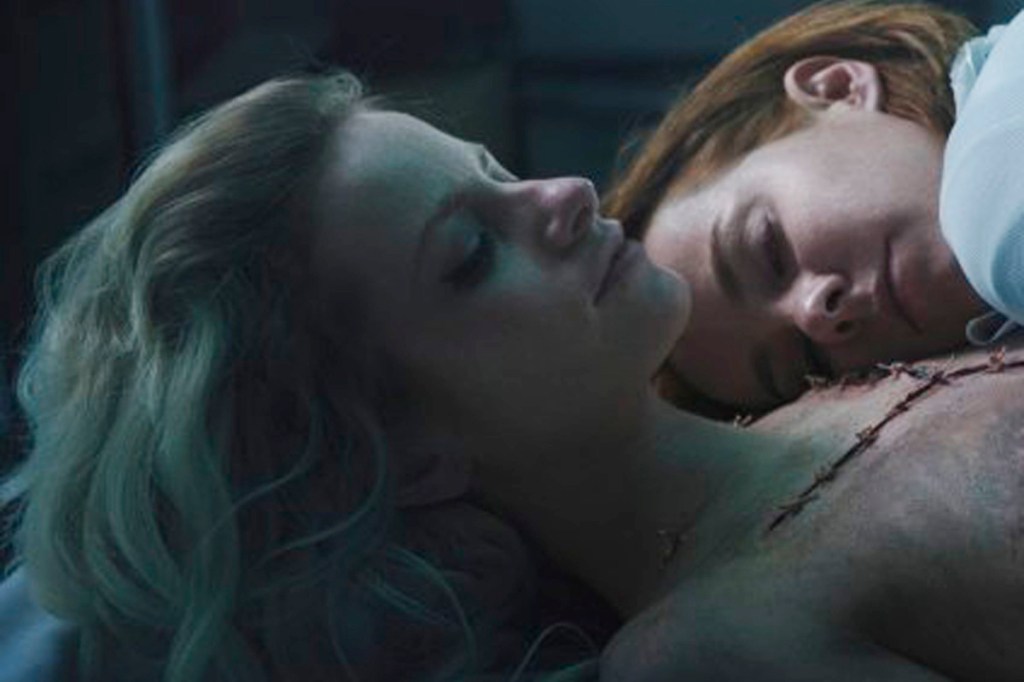 Post Views: 386
Liked it? Take a second to support Justin Robinette on Patreon! Comic Review: Alena
August 25, 2016
FOLLOW US:
Support Justin Robinette on Patreon!
There are no goals in this campaign...