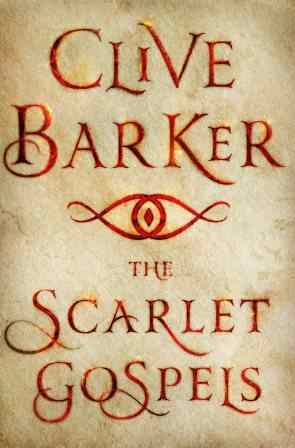 With The Scarlet Gospels almost here, it’s time to start getting ready. Clive Barker is not known for interconnected worlds in the way that fellow author Stephen King is, but Scarlet Gospels may change all that. Yet there have always been connections between Barker’s works, however subtle and sly they may be. For instance, while the main attraction of the book is the return of Pinhead and the end of the Hellraiser universe, the protagonist of the novel is a detective named Harry D’Amour. His name is not as familiar, but he is crucial to Barker’s mythology and you will need to have some understanding of the character before sitting down to read The Scarlet Gospels if the Hellraiser universe is all you are currently familiar with. D’Amour has appeared in a couple short stories from the author as well as some major novels. Even the Cenobites have appeared where you may not expect them.

With that in mind let’s take a look at everything you’ll need to read before you begin The Scarlet Gospels.

The one that started it all. It should be obvious at this point. This is the novella upon which Hellraiser was based, adapted by Barker himself. There were numerous changes made to the source material that are worth noting, of course. The Pinhead that appears in these pages is very different, or at least a different version of the one you recognize from the film. Pinhead as immortalized by Doug Bradley is, by all accounts, the one you’ll be seeing here and not the androgynous Cenobite that appears in the novel, with the voice of an excited girl. It will be interesting to see how this is explained away, but the novel has already revealed that there have been different versions of Pinhead before and possibly during the reign of Hell’s priest. Either way, it’s important to see where it all began. Believe it or not, Clive Barker’s first epic fantasy-horror novel actually contains a brief appearance by the Cenobites. They are mentioned in passing at first but they ultimately wind up having an impact on the story. The character of The Rake—once a man named Domville—is essentially a more magically-inclined version of Frank Cotton, a man who summoned the puzzles of the Cenobites and ended up suffering their particular brand of torture. He was transformed into a boneless demon and the novel’s chief antagonist, Immacolata, uses him as an assassin. The biggest reason for including Weaveworld on the list is that between Hellbound Heart and The Scarlet Gospels, this is the only novel to include the Cenobites. Even if their appearance is brief, it counts and they do end up shaping the story in their own way. “The Last Illusion” is the first story to feature occult detective Harry D’Amour. It was adapted into the film Lord of Illusions, which is also something to check out if you want to familiarize yourself with the character. In this first story he is tasked with investigating the death of a magician named Swann. At first, he is simply asked to watch Swann’s corpse until it is ready to be cremated, but things take an expected turn for the weird when ancient demons show up laying claim to the body. This is a perfect introduction to the character and should keep the reader invested and wanting more. Despite the weird cases he takes, Harry is a bit of an everyman hero and should be easy for the reader to relate to. The Great and Secret Show

The Great and Secret Show is the first of a planned trilogy known as The Art. It was published in 1989 and its sequel followed a few years later, but the third book has yet to be written. Harry doesn’t have a huge  part to play in Great and Secret Show, he only appears for a few chapters toward the end, but it’s important to read because Harry is a major protagonist in the sequel novel, Everville. On its own, The Great and Secret Show is fantastic dark fantasy and one of the author’s absolute best. It deals with an ancient magic known as The Art that only a few have known about and fewer are able to learn and practice. Two forces in control of this magic have been fighting for so long that they’ve come to an impasse, and the fight continues through their children. But, now teenagers, these two who were born to kill each other wind up falling in love. It’s an epic fantasy and establishes a mythology important to much of Barker’s oeuvre and no doubt crucial to The Scarlet Gospels.

This might be the most important story to read before The Scarlet Gospels but it also the hardest to come by. It’s not only another case file for Harry D’Amour, but it includes the blind medium Norma Paine. From what we know so far, Norma is a major part of the upcoming book. She is kidnapped by Pinhead and is what sparks Harry to take his adventure into Hell to try and get her back. Harry is back as a major player in the sequel to The Great and Secret Show. We learn a lot more about him here, about why he does what he does and what he’s really after. In some ways the answer makes The Scarlet Gospels even more enticing: Harry takes the weird, paranormal cases because he’s hoping to come face to face with the Devil. Every time he finds some weird, new, strange creature, but never Satan himself. It’s a spiritual thing for Harry. He’s not looking for Hell just to see it, but his questions about Hell and possibly even whether or not he belongs there are a driving force for his character. These themes that are brought up here will no doubt be prevalent in the upcoming novel. Norma Paine also appears again. While it doesn’t feature any stories by Barker himself, this short story anthology does feature an introduction by Barker as well as an afterward by Pinhead actor Doug Bradley. Several major talents in the genre provide stories as well: Renowned fantasy author Neil Gaiman, 30 Days of Night scribe Steve Niles, Hellboy creator Mike Mignola, The Stand, Riding the Bullet and Valerie on the Stairs director Mick Garris and more. Even two original Cenobites provide stories. Nicholas Vince, who played the Chatterer in Hellraiser and Hellbound: Hellraiser II and Barbie Wilde who played the Female Cenobite in Hellbound wrote two of the best stories included in this collection. This book is included because it shows how wide and deep the Hellraiser universe can go. It’s important to get familiarized with the corners of the mythology one last time before it is gone for good. Post Views: 1,517
Liked it? Take a second to support Nat Brehmer on Patreon!

Tags: Clive Barker, Clive Barker stories, Clive Barker's The Scarlet Gospels, Harry D'Amour, hellraiser, Lord of Illusions, pinhead, The Scarlet Gospels
Share This Post
Written by Nat Brehmer
In addition to contributing to Wicked Horror, Nathaniel Brehmer has also written for Horror Bid, HorrorDomain, Dread Central, Bloody Disgusting, We Got This Covered, and more. He has also had fiction published in Sanitarium Magazine, Hello Horror, Bloodbond and more. He currently lives in Florida with his wife and his black cat, Poe.
Have your say!
00
Previous ArticleThe Drownsman is Making Waves on DVD and Blu This SpringNext ArticleComic Review: Norman, Book 1
You May Also Like

Script to Pieces: Pascal Laugier’s Hellraiser Reboot
August 31, 2017
FOLLOW US:
Support Nat Brehmer on Patreon!
There are no goals in this campaign...