We’ll always have a cultural fascination with aliens. People will always want to know whether or not we’re alone in the universe and if we ever came into contact with beings from beyond the stars, whether they would be friendly or hostile. Yet when we get movies about aliens, they tend to be either high-level invasion pictures or low-key contemporary sci-fi. Occasionally, we get the middle ground of Alien, about encountering extraterrestrials on their own turf and their own terms.

Also See: How Alien Raised the Bar for Visuals in Horror

Abduction stories are scary in general. The very idea of being kidnapped, tortured or interrogated plays to our most basic human fears. To be taken by something that is not even of this earth is unsettling on a whole different level. Yet, despite all of this, they alien abduction is an under-utilized cinematic trope.

Luckily, though, there have been a few and while many are rough around the edges, some of them have totally nailed the inherent fear in the idea of being lifted out of your life and tortured by beings you cannot even understand.

While the abduction elements are present, they’re not the singular focus of Tobe Hooper’s Lifeforce, which is a movie you should watch anyway. If anything, it’s kind of about an inverse, with the alien being abducted. Either way, it’s bizarre and full of great effects, so it’s worth checking out.

I don’t think that The Fourth Kind is necessarily a great movie, but I can’t deny that they took an interesting approach to the filmmaking and that it actually is pretty creepy in the right moments. In that area, I think it is actually something of a success. This one originally got to me solely based on the cover I’d see back in the video store days. It’s incredibly campy and has almost no budget, but also boasts a director who always makes that sort of thing work in Brian Yuzna. He produced all of Stuart Gordon’s early films while directing titles like Bride of Re-Animator and Return of the Living Dead 3. Progeny also features Gordon as a credited writer and Brad Dourif as Dr. Clavell. 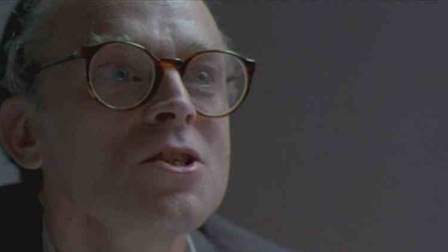 A made-for-TV miniseries that’s as cheesy as anything that falls into that category, there’s still something creepy about the directness of Intruders. It feels kind of raw and it makes the lack of money put into it work in its favor in that regard. It also weaves together an interesting story over the course of nearly three hours. 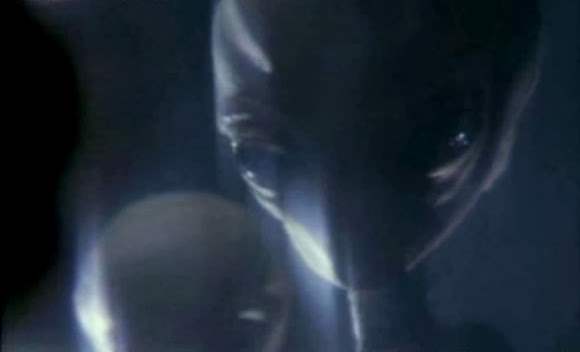 Whitley Strieber is the hugely underrated horror author who gave us a one-two punch of great werewolf and vampire novels with The Wolfen and The Hunger, both of which had excellent movie adaptations. Communion takes things in a very different direction. It’s not just an alien abduction story, it’s his alien abduction story, or so he claims. Better yet, it stars Christopher Walken as the author. That alone makes the film version worth watching.

Close Encounters of the Third Kind

Just because Close Encounters of the Third Kind is not a horror movie doesn’t mean it’s not scary. There are frightening sequences in almost all of Spielberg’s filmography, particularly the entries centered on children. The scene in which a young boy is led outside his house by the lights of a UFO and taken is as scary as anything in Jaws or Poltergeist.

There’s no topping Fire in the Sky. Nobody’s ever going to make a scarier alien abduction movie, I don’t think. There’s a sense of dread and distrust that hangs over this entire film. But the abduction flashbacks are the real selling point, haunting, discomforting and visually stunning all at the same time.

Post Views: 1,584
Liked it? Take a second to support Nat Brehmer on Patreon!

Tags: alien abduction, alien abduction movies, alien movies, horror films, horror movies
Share This Post
Written by Nat Brehmer
In addition to contributing to Wicked Horror, Nathaniel Brehmer has also written for Horror Bid, HorrorDomain, Dread Central, Bloody Disgusting, We Got This Covered, and more. He has also had fiction published in Sanitarium Magazine, Hello Horror, Bloodbond and more. He currently lives in Florida with his wife and his black cat, Poe.
Have your say!
00
Previous ArticleNew on Wicked Horror TV: May 30th, 2022Next ArticleWhy House of 1,000 Corpses is the Best Movie Tobe Hooper Never Made
You May Also Like

Why Happy Birthday to Me is as Much a Giallo as it is a Slasher
April 14, 2016
Live-Evil is Full of Striking Visuals but Suffers from Poor Pacing
October 31, 2015
FOLLOW US:
Support Nat Brehmer on Patreon!
There are no goals in this campaign...