The holidays are here again. A time for reconnecting with family, Santa, stuffing your face with food and drinks, and wondering how you’re gonna pay your bills because you’ve overspent on presents. To me, one of the worst things about the holidays is the abhorrent music that we are forced to listen to. No matter what you do, it seems you cannot escape it. TV commercials, radio stations, and department stores play the same tired carols over and over again. But that doesn’t mean you can’t celebrate Christmas in horror style.

But have no fear, my friends. I bring you a list of ghoulishly wonderful holiday horror-themed songs to keep your holiday season spooky. Why suffer through Rudolph the Red Nosed Reindeer when you could be ringing in Christmas with GWAR. Just because Halloween is over doesn’t mean the macabre has to be. Below is a list of songs sure to make any Christmas loving family member uncomfortable.

See Also: Christmas Horror: 8 Songs To Ghoul Up Your Holiday

What can I say about Christopher Lee that would do the legend justice? He was Dracula, a friend of Vincent Price, and a N*zi hunter during World War 2. Director Peter Jackson once told Lee during filming to imagine what it sounds like when a man is stabbed in the back. Lee replied he didn’t have to imagine. In no uncertain terms the man was a certified badass. So, while cozied up around the fireplace this year, put on Lee’s A Heavy Metal Christmas Too album. Yes, he even has a Christmas album. Listen to Lee croon in his trademark velvety voice such classic lines as  “Trashing as we go, And the horse knows the way, To Hell is painful and slow, Crying all the day”. 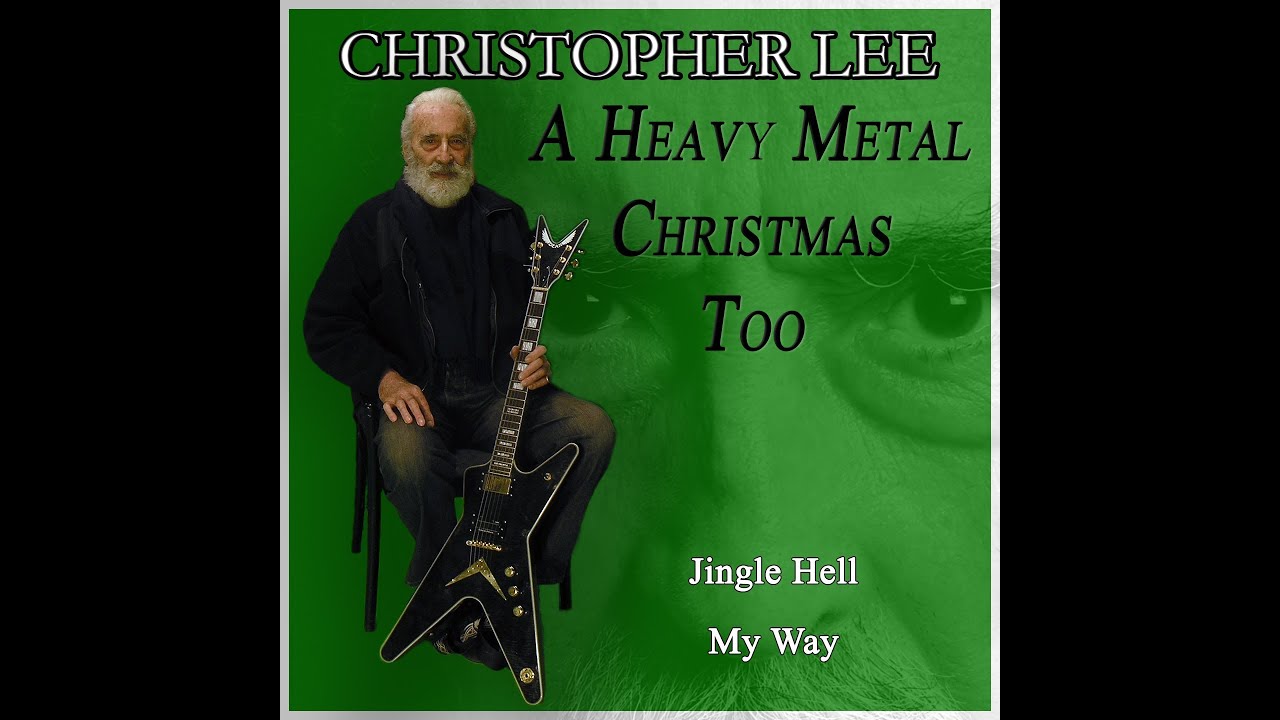 New York’s favorite gothic metal band, also known as the Drab Four, Type O Negative delivers a hauntingly beautiful gut punch of a song. While most Christmas songs deal with joy, peace and happiness, Type O Negative spits in the faces of such nonsense. Vocalist Peter Steele laments on what it is like to deal with loss and grief during the holidays. While most families are celebrating together, Steele grieves as “The stocking are hung but who cares? Preserved for those no longer there.” If this song doesn’t elicit some kind of emotional response, I’d suggest checking your pulse. 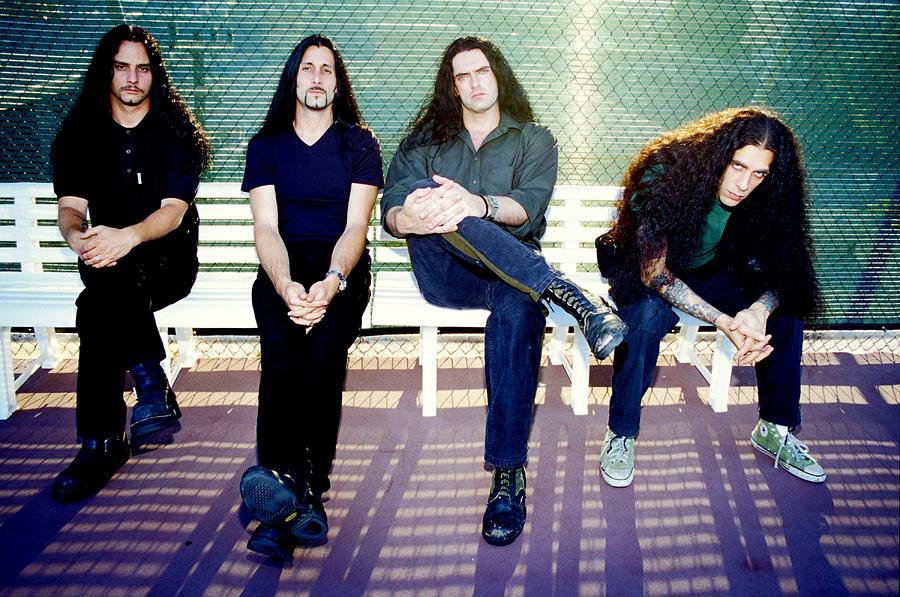 If there ever existed a person who would make Satan uncomfortable, I would put all of my money on that person being King Diamond. Stalking across the stage during live performances with a microphone stand made of femur bones and demonic facepaint, the King is a force to be recokened with. Mashing up verses from The Little Drummer Boy, King Diamond snarls that its Christmas again and “Tonight I am the one who destroys”. 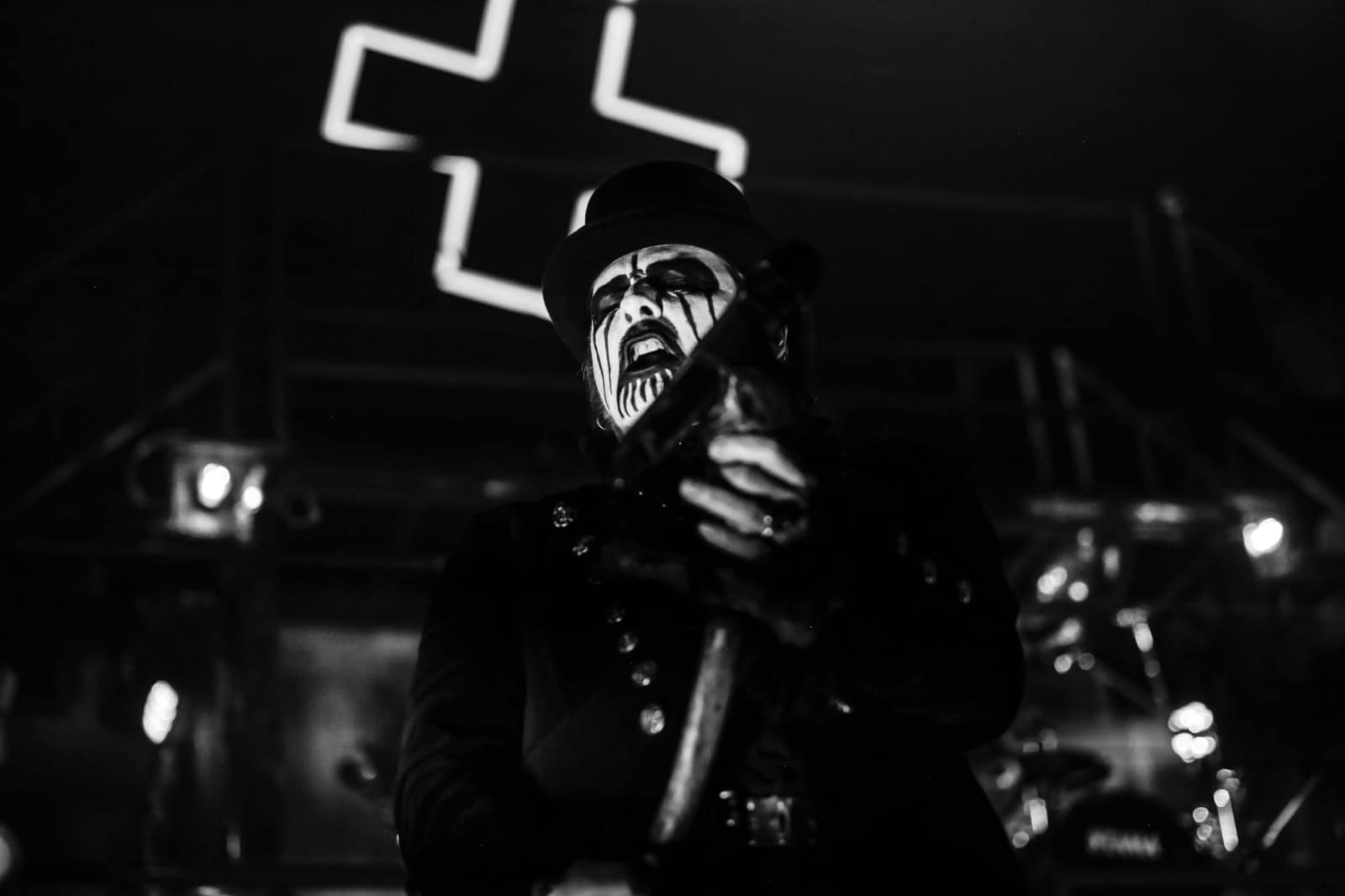 Twiztid – On a Mission

Coming from the violent and gritty streets of Detroit, Twiztid belongs to the small genre of hip-hop known as horrorcore. Whether you love them or hate them, you can’t deny that they have legions of fans and have sold countless albums throughout their 20 plus year history. This horrorcore gem tells the story of Twiztid’s The Monoxide Child and Jamie Madorx as they seek out the elusive Santa Claus. Their mission? Obviously to murder him! In my household every year, the classic Christmas slasher Silent Night, Deadly Night is a must watch. Taken from their album The Silver Scream, Ice Nine Kill’s Merry Axe-Mas is an an ode to this seminal slasher classic. Spencer Charnas and company take us on a wild ride as Santa rips through the landscape punishing the wicked on Christmas night. The chorus pretty much sums up why this may be the greatest Christmas song ever written: “You will believe in me, Slaughtered under the tree, And I won’t leave a witness, So much for a Merry Christmas”. So this year, when you hear noises on the roof, think twice about whether or not you want Santa Claus to visit. 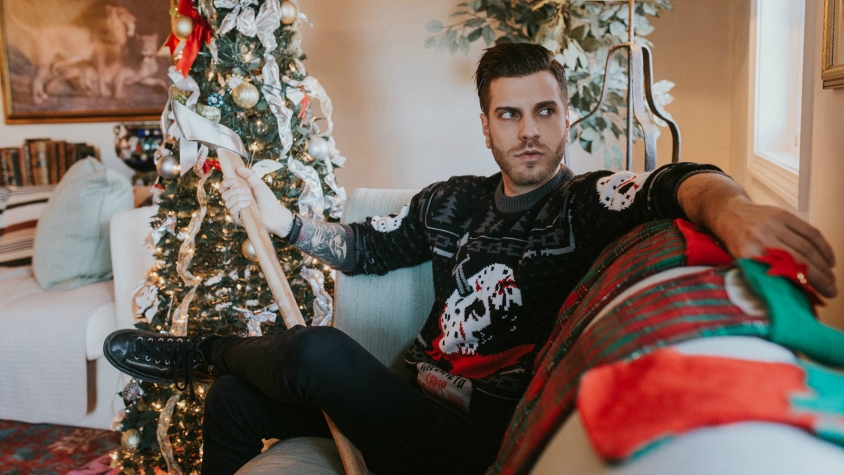 Who knew that a parody of Rob Zombie’s Dragula would make for an amazing Christmas song. And, sure enough, it has found itself at the top of my holiday playlist. Psychostick is a comedy rock band who uses outlandish images and hilarious lyrics to pull you in. But once you get past that, they are actually a good band. The song follows the same musical pace and song structure as Dragula but contains hilarious lyrics such as the chorus of “Spread seasons greetings, And slide down the chimneys, And give all the gifts ’cause I’m, SANTA CLAUS!” 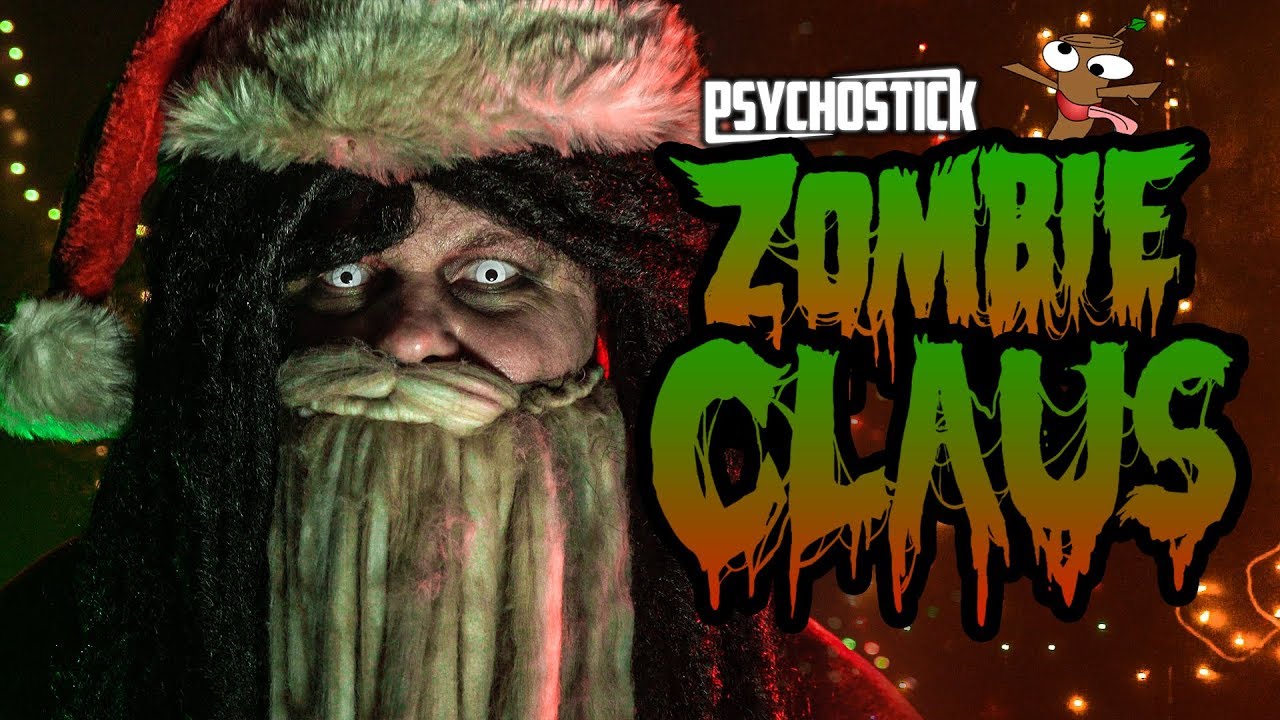 What better way to ring in the holiday season than with shock rock masters GWAR? Stripper Christmas Summer Weekend celebrates everything GWAR is known for (RIP Dave Brockie). Outrageous lyrics, strippers, heavy metal, and generally offending as many people as possible. GWAR still hasn’t received the recognition they deserve and thats a damn shame. Let GWAR into your homes and hearts this holiday season and celebrate their love of the strippers and Christmas. I suggest sneaking this one into your Christmas playlist and sitting back and watching the fun unfold when your super religious aunt hears the lyrics. You’re welcome. 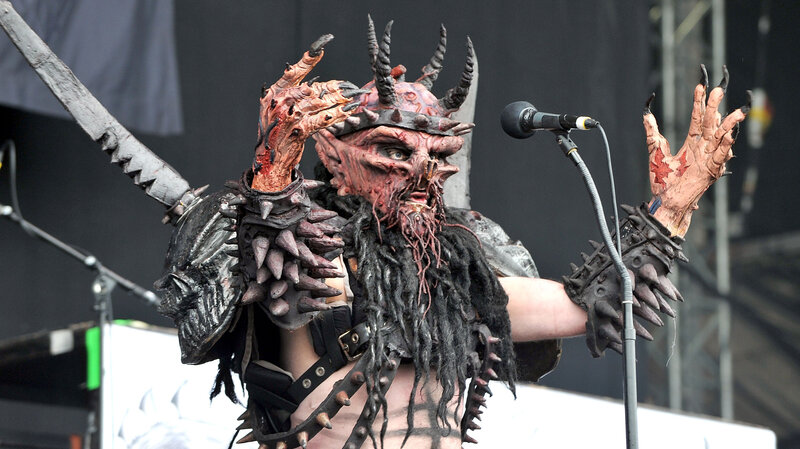 The man, the myth, the legend, Ronnie James Dio. When Dio passed, the metal world mourned the loss of one of its greatest storytellers and vocalists. I refuse to believe that the mighty Dio succumbed to cancer and like to believe that he was eaten by a Dragon. So why not let the former voice of post-Ozzy Black Sabbath help you celebrate this year’s yuletide. You can almost hear Dio sneer as he belts out this Christmas classic. The only rule when playing this, is it that it has to be turned up to the maximum amount allowed by law. Dio cannot be listened to casually. If you’re listening to Dio, the neighbors better be too! 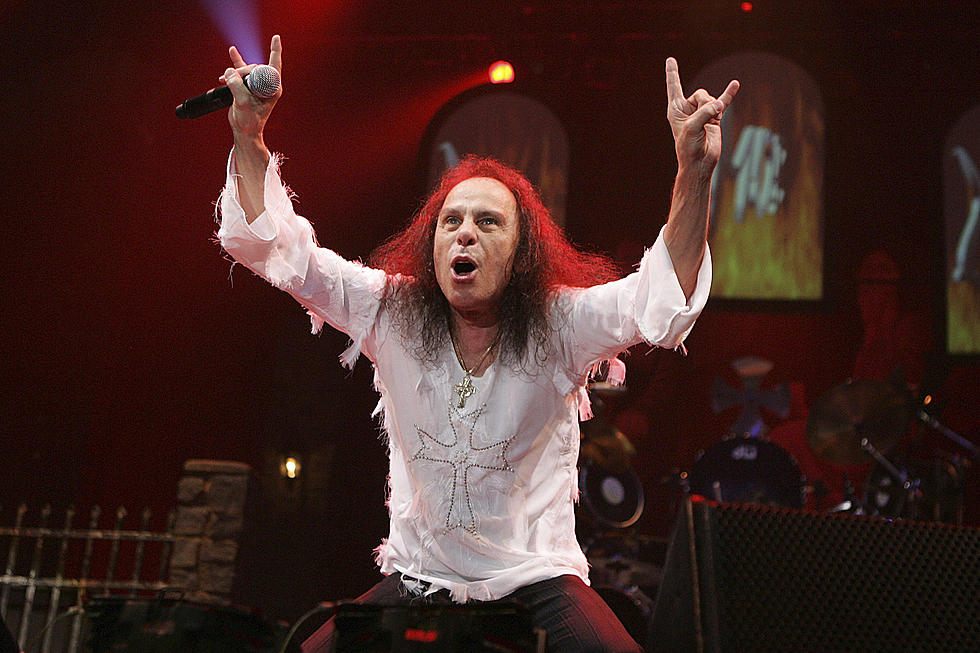 So there you have it, folks. Some holiday music that is off the beaten path and is sure to turn your holiday season into a horrifying one. While the kids wait for Santa to make an appearance, make it a point to break up the humdrum Christmas music with one of these terrifying and offensive holiday tunes. Malicious wishes, my friends!

Post Views: 398
Liked it? Take a second to support Aaron Posey on Patreon!

Tags: Christmas, christmas 2019, christmas horror, christmas music
Share This Post
Written by Aaron Posey
Hailing from the great state of Ohio, Aaron Posey was raised on a steady diet of Ghostbusters, Unsolved Mysteries, and classic slasher films. He possess a plethora of useless horror knowledge that he is dying to unleash on the world. He can carry on a conversation using nothing but movie quotes and can liken any situation to an episode of The Simpsons. He is always on the lookout for up-and-coming horror related bands and music. His crowning achievement in life is his brief appearance in the Halloween: 25 Years of Terror documentary.
Have your say!
20
Previous ArticleSleep is for the Week: Recapping The Movie Crypt’s 4th Annual 48-Hour MarathonNext ArticleMidnight Kiss is a Fun, Glittery Addition to the Queer Horror Canon [Review]
You May Also Like

Why Silent Night, Deadly Night Works Way Better Than it Should
December 18, 2015
FOLLOW US:
Support Aaron Posey on Patreon!
There are no goals in this campaign...